Details: Mahlangu regards her suspension from UK varsity as ‘wrongful and unlawful’

Mahlangu's lawyer wrote that the MBA student has at all material times tendered to attend the arbitration, and, accordingly, the aforesaid suspension is irrelevant to this matter. 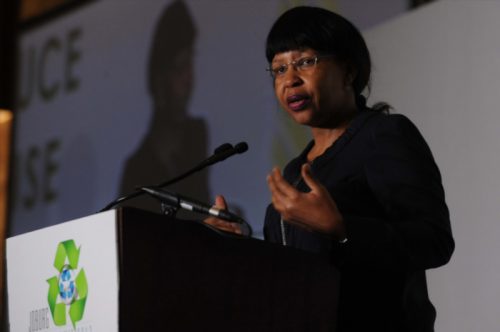 Former Gauteng health MEC Qedani Mahlangu regards her suspension by Global Banking School, an affiliate institute of the University of Bedfordshire, as “wrongful and unlawful”.

Through her lawyer, Angelo Christophorous, Mahlangu confirmed this afternoon that she is registered for an MBA with the Global Banking School and the suspension which she received  was “issued by the University of Bedfordshire, duly represented by its Vice Chancellor, Bill Rammell.”

The statement given to The Citizen denies that, under the circumstances, neither Mahlangu nor the law firm has mislead the country prior to her suspension. The matter of accuracy with regards to exactly what she is doing became a subject of speculation when reports emerged that she was studying for a PhD at the London School of Economics.

Yesterday, the ANC Provincial Executive Committee (PEC), which granted  Mahlangu a leave of absence from her duties in order to go study abroad, reiterated through its spokesperson Nkenke Kekana that Mahlangu was not the one who provided the information, which turned out to be inaccurate.

“In regard to the suspension, our client [Mahlangu] is dealing with same, which she regards as wrongful and unlawful. Our client has, at all material times, tendered to attend the arbitration.  Accordingly, the aforesaid suspension is irrelevant to this matter,” Christophorou statement explained.

Mahlangu also regards her suspension from the institution from the institution as irrelevant as she had been made logistical arrangements with the alternative dispute resolution process chairperson retired Deputy Chief Justice Dikgang Moseneke on a convenient date on which she will appear at the Life Esidimeni hearing currently underway in Parktown, Johannesburg.

“We would specifically inform you that our client’s integrity and credibility should not become an issue, in regard to when our client will attend the arbitration for purposes of giving her testimony, as firstly, our client is committed to furnishing the arbitration hearing with her testimony and to which her undertaking as aforesaid is corroborative of.

“And secondly, as the main purpose of the said arbitration is to address the issues which have been formulated in the Terms of Reference For Alternative Dispute Resolution relating to the ‘Gauteng Mental Health Marathon Project’ , more particularly, those set out in paragraph 6, and not the issue as to when in fact our client’s testimony will be given” the statement concluded.