The institution obtained an interim interdict against the group of 12 students in September. 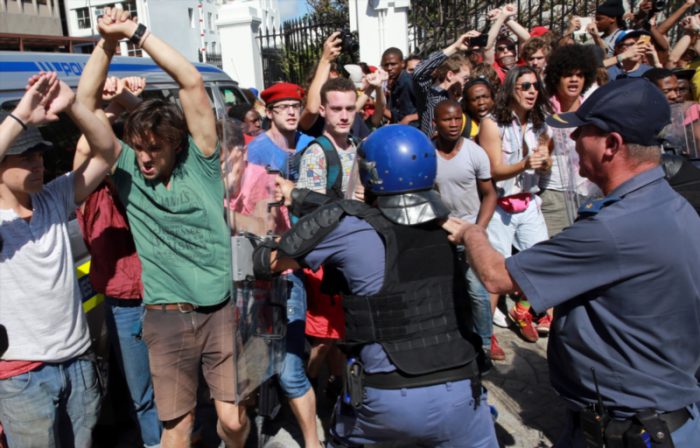 The Tshwane South technical and vocational training college has obtained a final interdict against a group of protesting students who have forcefully removed other students from lecture rooms and brought campus activities to a standstill.

It prevents them from interfering with the administration of the college and from intimidating, threatening, assaulting or harassing any of its employees, staff, officials or students.

They were also interdicted from making any of the college campuses ungovernable, from erecting obstacles at the entrances, from organising and participating in any unlawful protests or marches and from participating in any conduct which would result in the escalation of violence on the campuses.

In addition, they cannot commit any act which is prejudicial to the good name, administration, discipline or efficiency of the college.

Chairperson of the college council Mosebenzi Skosana said in an affidavit that the 12 students were the leaders of a group that in August went onto the Atterridgeville campus, blocked entrances and closed the main entrance gate with a lock and chain, resulting in lectures being disrupted.

Lecturers, students and employees of the college were threatened with violence if they continued to work or attended lectures.

The group was eventually dispersed by the police, but Skosana received information that they intended to escalate their disruptive conduct.

He said the group was actively attempting to incite fellow students to join them in their intimidation and violence and students who were not willing to join them were threatened.

The group said they would make the campuses ungovernable and would ensure the college had to close, according to Skosana. – ilsedl@citizen.co.za