The EFF never differed with the policies of the ANC, the president has stated. 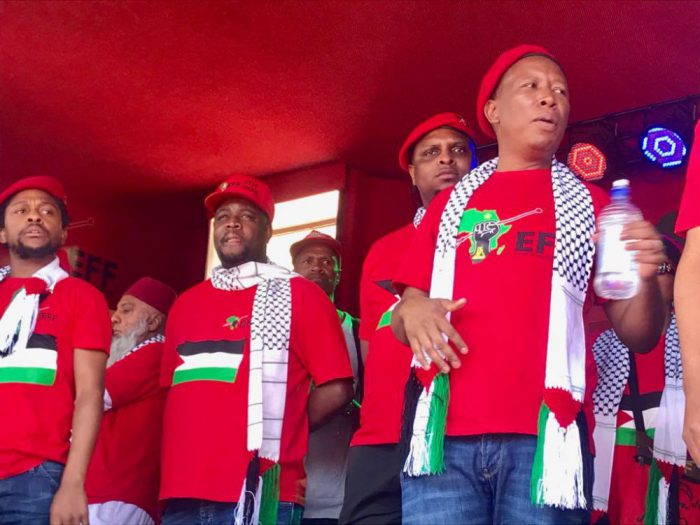 Responding to a question on the EFF and if he would consider bringing them back into the ruling party, President Jacob Zuma told ANN7 that he was not ruling that out.

It is not something I want to predict, at some point people might come to their senses

His comments come in the wake of Human Settlements Minister Lindiwe Sisulu saying she wanted EFF leader Julius Malema and Former President Thabo Mbeki back in the ANC.

“I want those people back because they belong. The ANC does not belong to only one group of people. It belongs to all South Africans,” said Sisulu.

Zuma, meanwhile said it had not been discussed by the ANC and proceeded to highlight what in his opinion was wrong with the EFF.

“The problem the EFF is faced with is that their top leadership comes from ANC. Their dilemma is what can you say to SA – we are better than the ANC – people are not blind, they want to hear content and not raising your voice all the time.

“Its leaders moved away from ANC because of certain things not because they disagreed with ANC.
It is not something I want to predict, at some point people might come to their senses, instead of shouting at one another we should be working together.”

“Who knew that Julius Malema who said his blood was green and gold…a man who said the ANC was in his DNA would leave? Politics really moves in funny directions sometimes.

Zuma concluded by saying that the ANC would never say no to anyone but he could not predict the specifics of what the future held.

State capture is being used as a tool of political propaganda, says Zuma