Some of the 22-year-old suspect's inappropriate behaviour was allegedly caught on camera. 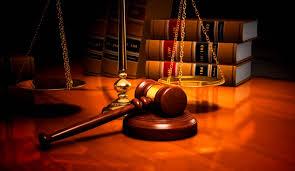 The Parktown Boys’ High School water polo assistant coach, who is facing 160 charges ranging from rape, sexual assault, attempted murder, will be put on trial in the middle of next year, the Johannesburg High Court said on Wednesday.

Some of the inappropriate behaviour was allegedly caught on camera. The 22-year-old suspect was seen on CCTV touching a learner inappropriately and making his way into one of the dormitory rooms at the school’s boarding facility.

He resigned when allegations of sexual assault and rape were levelled against him. He was, however, arrested and released on R3 000 bail.

The defence on Wednesday told state prosecutor Arveena Persad and Judge Carla van Veenendal in her chambers that they were now ready for trial, which will likely be heard at the Palm Ridge Magistrates’ Court. Previously, the defence has had issues around payment of their services.