The Steenkamps felt there would never be closure as their daughter could not come back, but said they were relieved that this chapter had been closed. 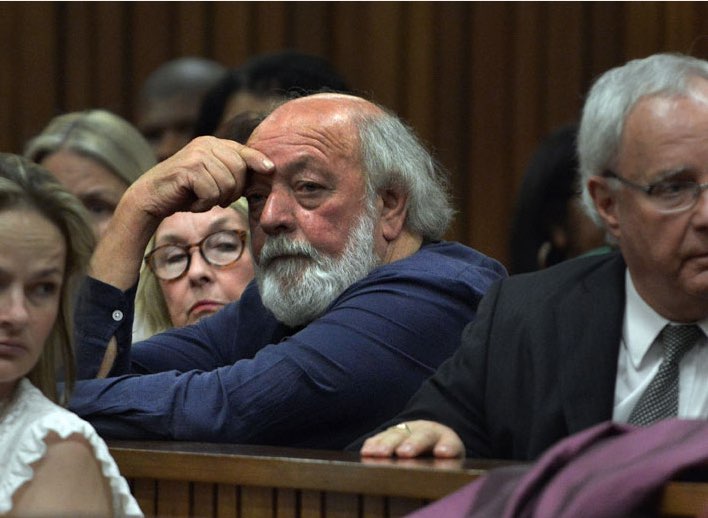 Barry and June Steenkamp feel that justice has now been done and that their daughter Reeva, who was murdered by her boyfriend Oscar Pistorius in February 2013, can now rest in peace.

The couple said through their legal representative, Tania Koen, they had always believed in the justice system, and their faith was confirmed today when the SCA increased Pistorius’ six-year sentence for the murder to 13 years’ and 5 months’ imprisonment.

Koen said the Steenkamps could now focus all their energy on the Reeva Steenkamp Foundation, which they had founded to continue the work Reeva had started and that the healing process could now start, although only time would tell.

On the day she died, Reeva was to have given a talk at a school against violence against women and children.

The Steenkamps felt there would never be closure as their daughter could not come back, but said they were relieved that this chapter had been closed and they they would not again have to live through the events around Reeva’s death through a court case.

“They’re not vindictive people. They realise two families have been destroyed, but they believe justice has been done.

“They have never felt that it was for them to say what the sentence should be and left it in the hands of the court.”

She said June and Barry’s heart went out to Jayde Panayiotou’s parents Derrick and Michelle Inggs, and their other daughter Toni.

Jade’s husband Christopher Panayioutou was today sentenced to life imprisonment for her murder.

“Jade was from Reeva’s home town. Their hearts go out to her family. They know there was justice for Jade, but there’s an expedition that they must move on. People must realize that for those who’ve lost a loved one, they have to live with that every day,” Koen said.

The NPA said Pistorius’ six-year sentence was shockingly low and if they had allowed it to stand, it would have set a bad precedent as 15 years imprisonment was the minimum for murder.