The new doctors pledged to uphold their professional responsibilities through their service to the community. 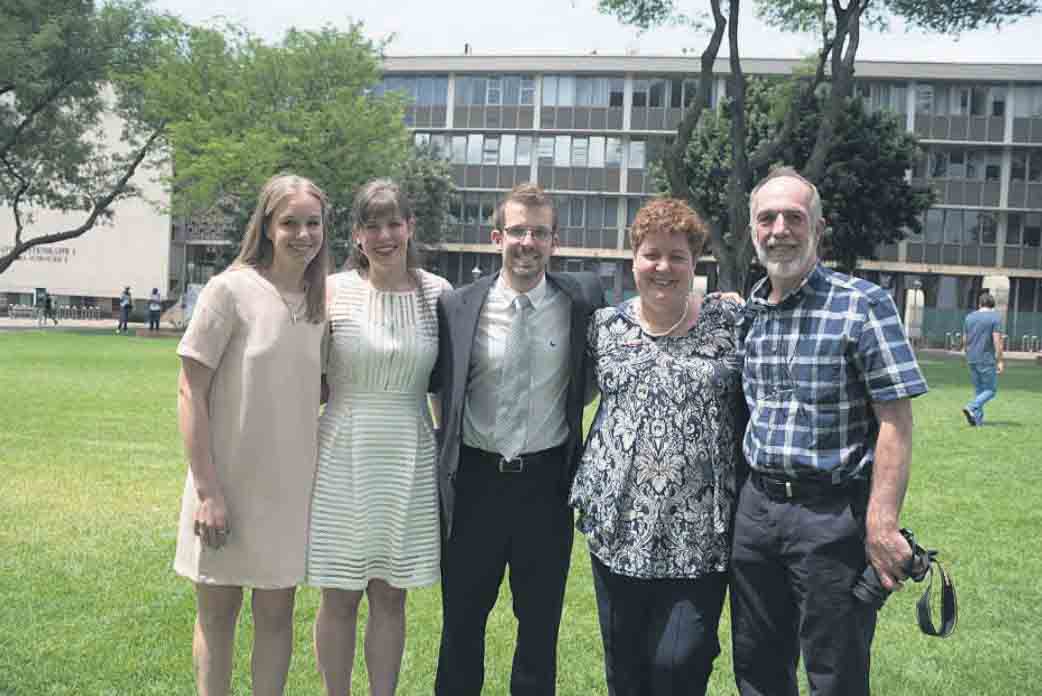 When someone asks “is there a doctor in the house?” in the Malan family from Pretoria, you could get five shouts of “yes”. Dr Hanneke Malan was all smiles minutes before her twins Albertus and Lize took their oaths as part of a group 200 new qualified doctors from the University of Pretoria.

Hanneke’s husband, Dr Peet Malan, who looked like a photographer with his huge camera, was ready to record the moment for posterity.

“Our elder sister Dulcie Bezuidenhout is also a doctor,” Lize explained. And, guess what career Dulcie’s husband Simon Bezuidenhout follows? That’s right, he’s also a doctor. But medicine, surgery and patients are not what this family discuss when they are together.

“We talk about normal stuff, like who has a new boyfriend, or grandchildren and things most families talk about,” Hanneke said.

She and her husband are very proud of their twins’ achievement and welcomed them to the medical fraternity. Another set of twins who become proud doctors and took their oaths are twin brothers Jozeph and Michael Breedt – who are the first in their family to obtain degrees.

Michael said that for the past six years, he would think that if he died, he would only have a matric behind his name. “Now I finally have my degree,” he said.

He said everything was worth it, especially to hear patients say “thank you” after you have helped them.
Jozeph said the best part of their studies was the fact that they could support and motivate each other.

“I feel overwhelmed, happy and sad at the same time,” he said. Another brother and sister – Joanne and Michael Shadwell – also took their oaths side by side, making their families proud.

The new doctors pledged to uphold their professional responsibilities through their service to the community.

UP spokesperson Liesel Swart said the young doctors would undergo a two-year internship with the national department of health and a year of community service before they could start practising on their own or go on to specialise.

The new doctors will be placed at different hospitals throughout the country and these brothers and sisters will also, for the first time, be split up to go their separate ways. Their ultimate goal is to safe lives and make a difference.