‘They saw a gap and used it, the shameless bunch of crooks,’ says UDM leader. 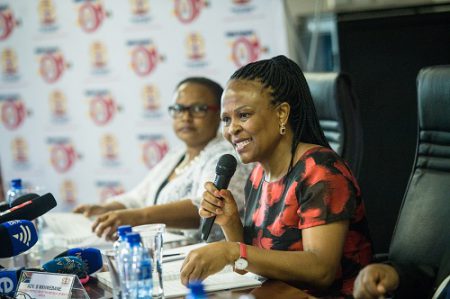 While most of the world reeled in shock at the news of Nelson Mandela’s death on December 5, 2013, the “hyenas” were gathering to see how they could profit from his funeral.

And profit they did – to the point where millions earmarked for the poor, were diverted to line pockets, said Public Protector Busisiwe Mkhwebane yesterday – a day before the fourth anniversary of Mandela’s death.

“The allegation that the Eastern Cape provincial government (ECPG) improperly diverted funds amounting to R300 million appropriated to the Eastern Cape Development Corporation for the acceleration of social infrastructure development to be used for the funeral of president Mandela, is substantiated,” she said.

“We call on government and society, particularly the state justice sector, to take definitive action against those who could be involved in this shameless act. We welcome the public protector’s recommendations and hope the monies that were stolen from Nelson Mandela’s funeral will be recovered from those who were involved,” Koti said.

“More importantly, we must see this kind of theft as an unabashed robbing of the poor in the name of Madiba. This is money which had already been set aside to provide future services for the people of the Eastern Cape. We should all be embarrassed we have leaders who are in positions to make such corrupt decisions.”

“Those hyenas of the ANC in the Eastern Cape saw an opportunity to use taxpayers’ monies to line their pockets. This revelation also shows that there was no Treasury authority to use social development funds,” he said.

“This is how they loot monies at these state sponsored functions for T-shirts for the ANC. Why would a province spend such a big amount of money?

“Bear in mind that these expenses did not include the national official funeral expenses,” said Holomisa. “They saw a gap and used it, the shameless bunch of crooks.”

Mkhwebane found there was no operational centre where daily meetings were held, which meant the related expenditure was not budgeted for, and said this was the main cause of the unauthorised, irregular and fruitless and wasteful expenditure.

Service providers capitalised on the disorganisation and inflated prices, and were paid for goods and services which never materialised, said Mkhwebane.

The protector also found the transfer of R250 000 into MEC Phumulo Masualle’s personal bank account and the subsequent opening of a special departmental account with a debit card issued to him, which gave him access to public funds, to be in contravention of Treasury regulations, among others.

Decisions taken at the time by then head of the department of provincial planning and treasury Marion Mbina-Mthembu were deemed irrational, unlawful, improper and constituted maladministration in some cases. Mbina-Mthembu is now the director-general of the Eastern Cape Provincial Government.

There’s much more in Mkhwebane’s 333-page report, which goes into extensive detail and reveals shocking levels of incompetence.