NPA judgment bombshell for the ANC 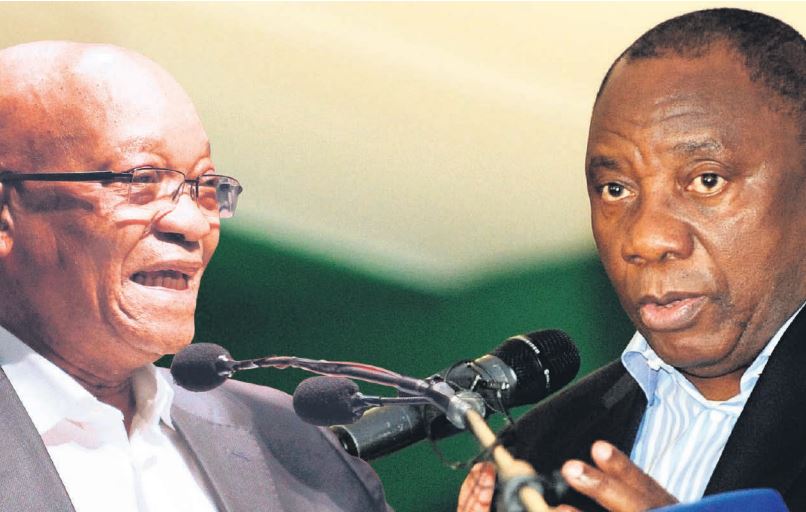 According to analysts – who predict blood on the floor at the party’s National Elective Conference where Ramaphosa and Nkosazana Dlamini-Zuma go head to head in Nasrec, Johannesburg – this ruling may also alter the voting dynamics.

“I think that this puts pressure on everybody – both the Jacob Zuma faction and also on the Cyril Ramaphosa faction,” political analyst Daniel Silke said.

“In light of the succession conference, this is an unwanted additional complication for the various factions at Nasrec. To a degree it can have the effect of altering some of the dynamics surrounding succession.”

He added: “In order for Ramaphosa to be appealing to more of Ms Zuma’s supporters – he may well be questioned on what kind of role he would take if, indeed, the judgment is upheld and he was to appoint a new head of the NPA.

“It largely puts a strain on Ramaphosa if this is to be closely contested and he needs every vote he can get.” Ramaphosa could further be lobbied by the other faction which is “almost unnecessary within the parameters of succession”, Silke said.

“It adds to the stresses and strains and factional dynamics, which are in the ANC already between those that are prepared to play more hardball with Zuma and those who are clearly willing to allow him a much softer exit out of the ANC leadership.

“Ramaphosa in all likelihood will avoid any pronouncements on the matter largely because the legal process is still unfolding. I think the undercurrents clearly have always been ‘how would the future look for Zuma upon his retirement?

“The unknown question was always whether some sort of deal could be struck to afford Zuma safe passage in retirement – or whether the door would be left open from a legal point of view to initiate further charges against him.”

Silke said the issue brings that all home in a sense, also in terms of dealing with Ramaphosa’s political fortune.

“If Ramaphosa wins, he will have a certain burden to appoint a credible new NPA head who will not be seen to be engaged in any sort of witch hunt against Jacob Zuma,” he added.

“That has got all sorts of tensions and issues within broader society and other interest groups that are supporting Ramaphosa.”

Should Dlamini-Zuma take the crown, Ramaphosa as deputy president will find himself vulnerable.

“Assuming she does win, Ramaphosa could be pushed out of his position as deputy president and the obligation to appoint a new NPA boss,” said Silke. “The burden here falls more on Ramaphosa – because he has a better chance of winning.”

“This issue is raising the fundamental issue of our constitution. We didn’t have in mind these scenarios where the president or other decision-makers would themselves be involved in these things,” Fikeni said.

“We might need a revision (of the constitution) to say that in the event that the president is involved, he should not be left to hold himself accountable because it becomes a conflict of interest.”

Whoever takes the title at the conference would ask Zuma to step down “because he is facing a number of cases”, he added. “And he will be too politically expensive to maintain. This is putting even more pressure on the president to resign,” Fikeni said.

King's gambit? Zuma considering his next move, says foundation
5 days ago
5 days ago

King's gambit? Zuma considering his next move, says foundation
5 days ago
5 days ago