SAPS divers attended the scene on Saturday morning and searched for the two bodies. 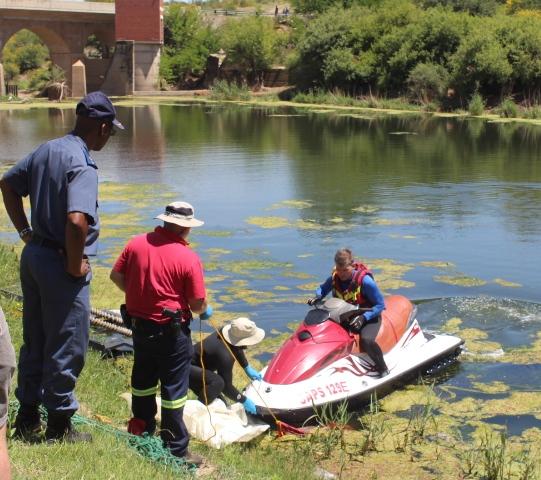 Police divers recover the bodies of two men who drowned in the Sand River in the Free State. PHOTO: Supplied by SAPS

The acting station commander of the Virginia police station, Lieutenant-Colonel Thabo Coobi, said: “It is alleged that on Friday, at about 18:00, a group of people from Thabong went to the river where a traditional healing related rituals was to be performed inside the river.

“It was reported that seven people walked into the river and as the ritual was underway, three of them could not withstand the depth of the river and they drowned,” Coobi said.

Coobi said one of the three was rescued from drowning, but two men could not make it.

“The first body of an 18-year-old man was found not far from where they drowned. The second body, that of a traditional healer aged 27, was found several metres from the drowning spot, already floating on top of the water, and both were certified dead on the scene and taken to Welkom state mortuary,” said Coobi.

Coobi warned the community members to be aware of the dangers of rivers.

“The most important rule of water is that everyone should respect water and the surrounding environments. People should refrain from using the river if they cannot swim, especially if there is no one who can act as a lifesaver in cases of drownings,” Coobi said.

An inquest docket was been registered.