ANC January 8th statement to be delivered in East London

Not exactly on the 8th of January, but on the 13th of January Cyril Ramaphosa will deliver his first big speech as the ANC leader in the Eastern Cape. 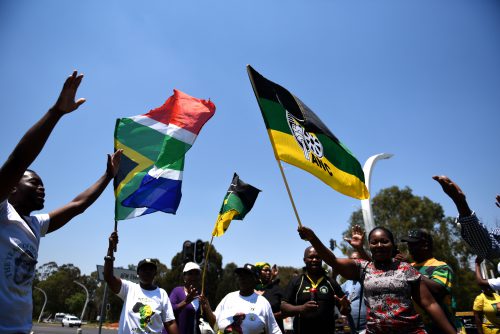 January 8th statement has been traditionally used as an opportunity for the party to outline key areas very likely to be thrashed out during the state of the nation address.

Unless President Jacob Zuma is recalled, he is expected to take the cue from what the president of the party commits the party to for the year.

Ramaphosa revealed the date and venue of the statement when speaking to the media during a walkabout at the national conference currently taking place in Nasrec. He said they had a successful and fruitful conference.

The newly elected president of the ANC told media the biggest tasks that conference would be seized with would be voting candidates into the NEC and policy discussions during breakaway commissions.

“Right now we are going to be voting for the 80 members from a choice of about 200 delegates. They have a freedom of choosing those who will serve ANC with distinction,” he explained.

Ramaphosa said the policy discussions were pivotal, as they set they tone for programmes of the party going forth.

“We will execute ANC policy which [we] will be able to articulate fully when we deliver January 8 Statement in East London on January 13,” he revealed.

The party president shied away from discussing the current fiasco of 68 votes, and instead addressed unity in the ANC.

“[We now have] Unity leadership that combines different people. We are very pleased that the membership have decided to give us their own slates as top six. We hope the same will prevail in the top six.”