It is very difficult to apportion blame to any specific individual group of people for the debacle of 68 votes which have were not counted during the election of top six officials of the ANC, The Citizen has heard. Limpopo premier and chairperson Stan Mathabatha said this is because the “[voting] process has so many people involved in it.”

Mathabatha was unable to go into details of how the matter is dealt with by the steering committee of the conference, as only provincial chairpersons and former deputy secretary general Jessie Duarte sits in it. The structure is chaired by newly elected chairperson Gwede Mantashe.

“The matter is being discussed extensively. Comrades are engaging and we want an amicable solution,” he said.

Mathabatha acknowledged that the votes belong to Vhembe district of Limpopo but denied any knowledge of a pending court case that is allegedly aimed at obtaining an order that those votes be counted by the electoral agency.

“I don’t know about the court order but what I know is that the bulk of those you are talking about they come from Limpopo. I have been in contact with almost all of them. They have written to the steering committee.

“I have also written a letter as leader of the delegation. We must find an amicable solution to the matter. You can’t disappoint people who are at the conference and say we can’t vote,” he told the media.

“Knowing the ANC, I have been a member for 42 years, we will find a solution. Both Senzo [Mchunu] and Ace [Magashule] are matured members of the organisation. I know they will accept the solution that is reached,” he concluded.

South Africa’s ruling party, the African National Congress on Tuesday apologised after several accredited journalists covering its 54th national elective conference in Johannesburg vociferously complained about being harassed and assaulted by the hordes of police officers and private security deployed at the venue. 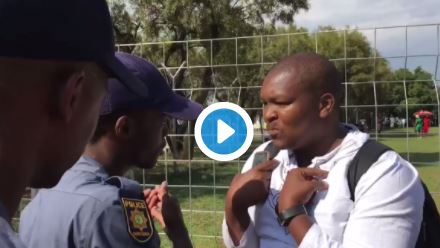 The journalists’ complaints — including alleged incidents of a journalist being punched in the stomach, another disabled journalist on prosthetic legs being pushed down and a female journalist saying she was inappropriately touched on her breasts — prompted an intervention from the South African National Editors Forum (Sanef) which held a meeting with the ANC’s top officials.

“The meeting was very productive and the ANC has apologised for what happened today [Tuesday]. They will now try and get Mkokeli’s [Bloomberg journalist and chair of Sanef’s media freedom subcommittee Sam Mkokeli] accreditation back, after he handed it over to avoid being further manhandled,” said Sanef chairperson Mahlatse Mahlase.

“‪The ANC has requested journalists who have been ill-treated to report all incidents as soon as they happen so that they can attend to them. The ANC has also pledged to investigate today’s matter and speak to security about incidents of inappropriate behaviour and touching by marshals.”

However, the party also reported “security breaches” by journalists covering the conference.

“As Sanef, we will continue to ask for the ANC to be more transparent and allow a free flow of information. We are however appealing to our members to respect the security arrangements currently in place — as uncomfortable and undesirable as they may be,” said Gallens.

Several journalists covering the ANC event took to social media sites, particularly Twitter, to voice their displeasure at the heavy-handedness of security guards and South African Police Service officers at the massive gathering.

Earlier on Tuesday, Mkokeli was manhandled and thrown out of the conference in Johannesburg.

Mkokeli’s media accreditation tag was also removed following a scuffle with security personnel after he tried to lead a group of journalists from one venue to another.

More complaints of mishandling of media at ANC conference emerges

“These include pictures which have been deleted, a journalist who was punched in the stomach, another journalist with prosthetic legs who was pushed down and female journalists who have reported being inappropriately touched by marshals inside the Plenary hall,” chairperson Mahlatse Mahlase said in a press statement.

“‪The meeting was very productive and the ANC has apologised for what happened today. They will now try and get Mkokeli’s accreditation back, after he handed it over to avoid being further manhandled,” she said.

However, as of 19:00 this evening it was stated that Mkhokheli was still languising at entrance to Gate 16 which is used by the media to gain access to the venue. Media colleagues were encouraged to go keep him company.

‪Mahlase informed the media that the ANC has requested journalists who experience ill-treatmentto report all incidents as soon as they happen. The ANC is said to have pledged to investigate today’s matter and speak to security service provider about incidents of inappropriate behaviour and touching by marshals.

Niehaus, whose name emerged as one of the candidates for the 80-member national executive committee (NEC) of the ANC, clearly preferred having a caucus with newshounds from Mzwanele Manyi-owned ANN7. 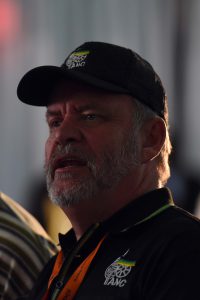 Prior to the conference, reports emerged that Niehaus had faked his own mother’s death in order to avoid to settling an outstanding debt on two luxury apartments he rented from a landlord in Sandton.

“What do you want to talk to me about,” Niehaus enquired.

Some delegates were accredited before verification, says KZN youth leader

As the mystery of the 68, or 63 depending on who you speak to, deepens, a Kwazulu-Natal youth leader has inferred that those delegates should not have been allowed to vote by the electoral agency contracted by the ANC.

Kwazi Mshengu blamed the electoral agency for causing the confusion by allowing those candidates to vote, saying they should not have been allowed to do so as “they are legitimately outside of the voting process.”

He said this is the reason the 63/68 delegates could not find find their names when it was time to cast ballots.

We don’t see any fuss on the issue of the ballots.  These are the delegates who did not find their names and the election agency allowed them to vote. They are legitimately outside of the process,” he said

Mshengu wondered why KZN was able to accept Cyril Ramaphosa’s election as party president but the opposing camp will not let me matter of uncounted ballots rest for the sake of unity and party cohesion.

“We have accepted the outcome without reservations. We preferred NDZ but the delegates preferred Ramaphosa,” Mshengu explained and also confessed that the issue of spectre of court cases following the conference is a matter he heard about “in the corridors.”

See tweets of the conference below

#ANC54 It is not clear whether the issue of "68 missing votes" has been resolved. ANC's Steering Committee met to discuss the matter today.

Which Ramaphosa will lose.
"@KhayaJames: ANC NEC voting is underway and remember, this is the party's highest decision making body. #ANC54"

ANC has been failing women for years, why should we shake when they have failed to appoint NDZ?

@AlexMthiyane some people see a little chance for ANC to win 2019, but the mix of slates on the top 6, hopefully the additional members as well, ANC might come out of the #ANC54 with a united voice. #iindaba 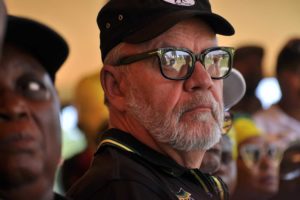 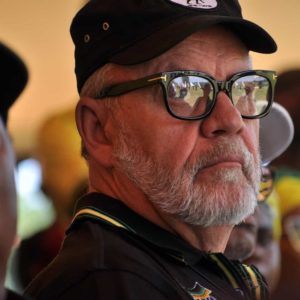 Daily news update: Spotlight on Thembisa 10, Niehaus vs ANC and load shedding to move to stage 3
4 weeks ago
4 weeks ago

Daily news update: Spotlight on Thembisa 10, Niehaus vs ANC and load shedding to move to stage 3
4 weeks ago
4 weeks ago