After the announcement, EFF secretary general Godrich Gardee reminded the ANC his party offered 6% of its parliamentary vote to help pass the amendments. 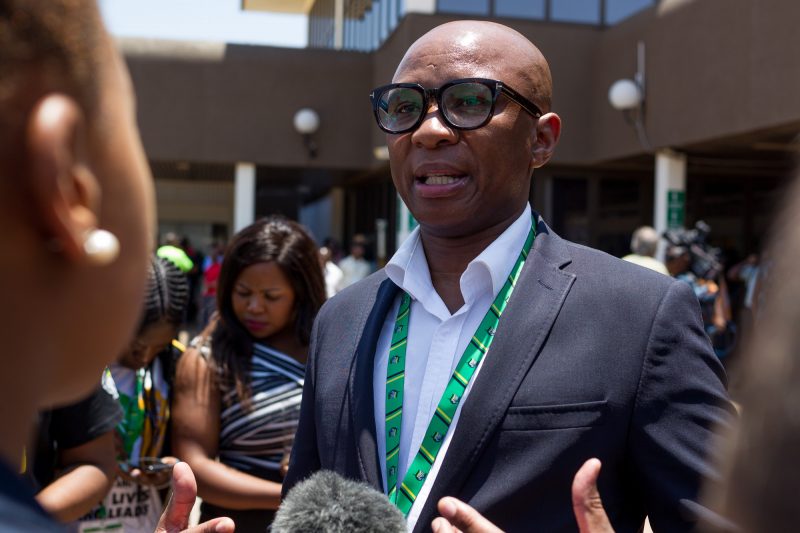 The chairperson of the ANC sub-committee on economic transformation this evening contradicted spokesperson Zizi Kodwa’s rebuttal that there was no physical altercation during one session that had to be resolved with the intervention of security personnel.

Kodwa opened the press conference by asking Sanef chairperson and Media24 political editor to rebuke reporter Qaanita Hunter for tweeting about about a “fight” on expropriation of land.

In the tweet, Hunter warned it will be a long night.

#ANC54 Apparently the fight about expropriation of land without compensation is still going on in plenary. Its going to be a long night.

Godongwana also reported that, as per the recommendations of the policy conference, the commission also resolved the state should take total control of the Reserve Bank. He denied that this will send wrong signals to the markets and affect ratings.

“In relation to the Reserve Bank nothing is new, it is as it was in the last conference. We are also saying it’s not likely to have an impact at all because shareholders have no influence on the monetary policy,” he said.

#ANC54 Just in: A fight over the The proposal for expropriation of land without compensation has degenerated in plenary with delegates almost coming to blows. People had to pull delegates apart. Lots of screaming.

“Was there a debate strong? Yes but no one was beaten. It nearly collapsed the conference. But [Gwede] Mantashe did not have to call security. He had to intervene, step in and calm down the conference. I have to be honest,” he said.

Another scuffle over the mic has now ensued. They are now physically fighting.

Hunter also mentioned that this was an almost full-out war between warring delegates during the commission.

#ANC54 Sources inside said security is on overdrive. Physically throwing out people who are involved in the scuffle after a debate on land expropriation descended into chaos.

Godongwana was frank in corroborating the claims made by Hunter and explained to the media what transpired.

“We have not fudged the issue, we have put a reasonable test, a test that says what are the implications. We have agreed before the Lekgota. There is an expropriation act which we haven’t tested.

“We got a full land audit a couple of months ago, and parliament had a high level parliament and a section with 82 pages deals with land. We need to say what is the sustainable [way] of pursuing this resolution,” he told the media.

“That is a kind of question that will cover you Ferial. Whether it’s going to be affect the economy is a tricky question depending on who you speaking to. The land question cuts across rural urban divide.”

After the announcement, the secretary general of the Economic Freedom Fighters (EFF) Godrick Gardee tweeted that the party’s offer to use its 6% parliamentary vote to help the governing party successfully amend section 25 of the constitution to expropriate without compensation still stands.