The Economic Freedom Fighters have a promising and dedicated team of academic leaders. 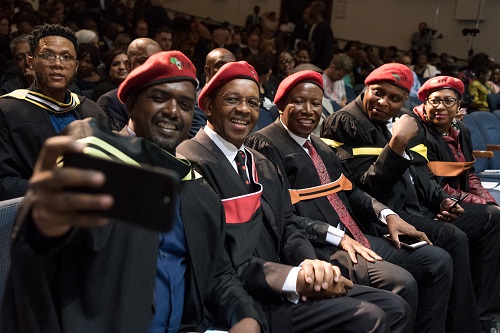 The leadership of the Economic Freedom Fighters (EFF) Julius Malema take a selfie in the Great Hall of Wits University on 5 December 2017. The EFF members were there to celebrate the graduation of Mbuyiseni Ndlozi as a Doctor of Philosophy in Politics. Picture: Yeshiel Panchia

Since the establishment of the Economic Freedom Fighters (EFF) in 2013, one of its priorities has been to attract an educated cadre of leaders.

We take a look at the top five educated leaders in the EFF, whose academic backgrounds have definitely paid off.

Julius Malema graduated from Mohlakaneng High School in Seshego, Limpopo. He preceded to complete a two-year diploma in youth development through the University of South Africa (UNISA) in 2010. In 2011, Malema enrolled at UNISA for a Bachelor of Arts degree in communication and African languages, graduating in 2016. In 2017, Malema graduated at UNISA with a BA Honours degree in Philosophy. 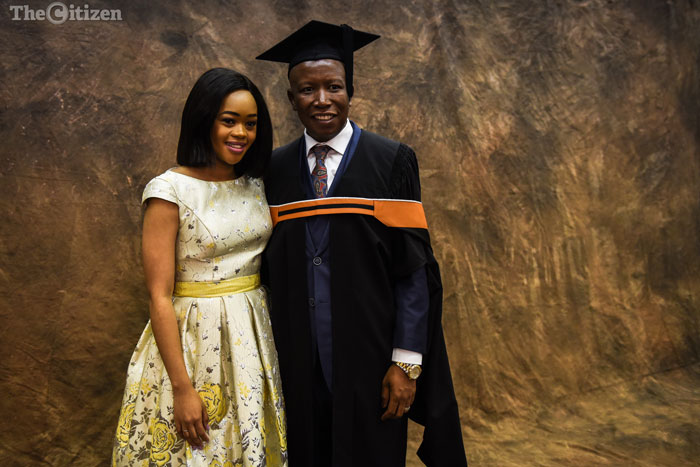 Floyd Shivambu graduated from the Mphambo High School in Malamulele, Limpopo, in 2001. Shivambu has been studying since 2002, graduating with a Bachelor’s degree and an Honours in political studies and international relations from the University of the Witwatersrand (Wits). He then furthered his political studies at the Wits, graduating with a master’s degree with a distinction in 2014. 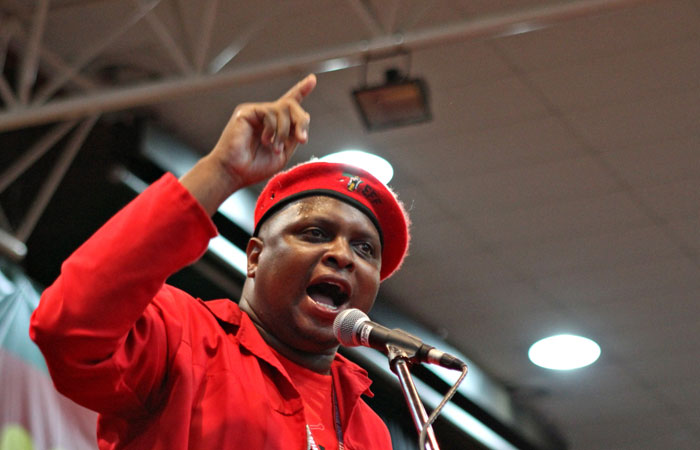 Ndlozi is the EFF’s youngest member. At only 32 years of age, Ndlozi graduated this year with a PhD in Philosophy in Political Studies from Wits. For over seven years, Ndlozi juggled a political career and his studies. He has plans to turn his dissertation, titled “Permanent juniority: Black youth politics in the Vaal under late colonialism”, into a book. 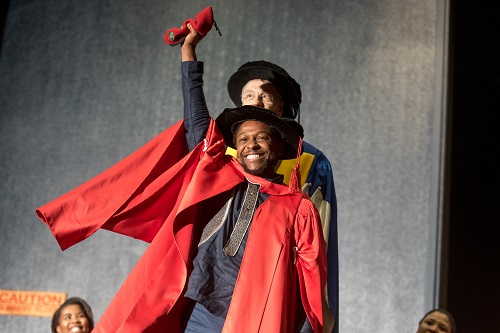 Economic Freedom Fighters (EFF) spokesperson Mbuyiseni Ndlozi celebrates during his graduation ceremony in the Great Hall of Wits University on 5 December 2017. EFF members were there to celebrate the graduation of Ndlozi as a Doctor of Philosophy in Politics. Picture: Yeshiel Panchia

Gardee was part of the ANC in Botswana when he was exiled to South Africa, after his involvement in student uprisings. He worked for the ANC before joining the EFF, and is now the commissar responsible for the EFF’s mobilisations, campaigns and special projects. Gardee holds a Higher National Diploma in Accounting and Auditing, and is currently studying law through UNISA. 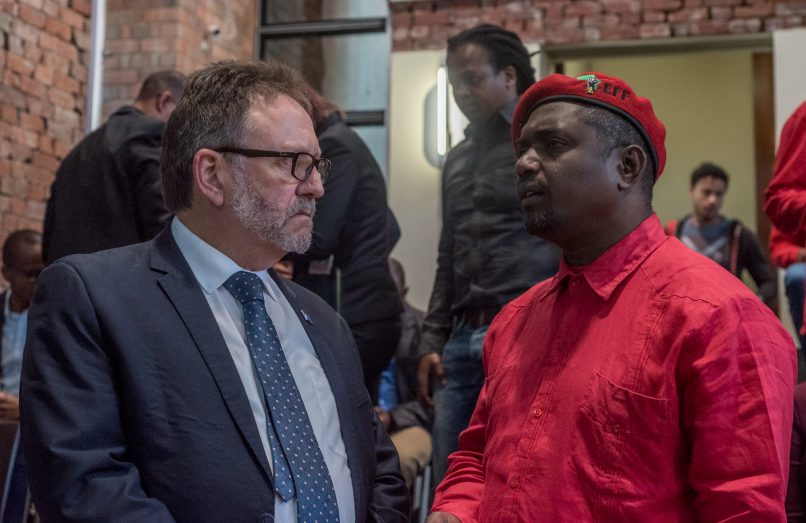 Advocate Daluxolo Christopher Mpofu graduated with an LLB law degree in 1992 and BProc degree in 1998 from Wits. He also has a certificate in Finance and Accounting, and is currently studying towards a Bachelor of Commerce degree. Mpofu has held the prestigious position of Trainee International Advocacy Teacher at body of barristers Grays Inn, London. He served as acting judge in the Labour Court of South Africa in 2000, as well as South African Broadcasting Corporation (SABC) group CEO in 2005. In addition, Mpofu is the president of the Southern African Broadcasters Association (SABA), and is chairman of both the Proudly South African Campaign and the Global Media Aids Initiative, a United Nations initiative to fight HIV/Aids. 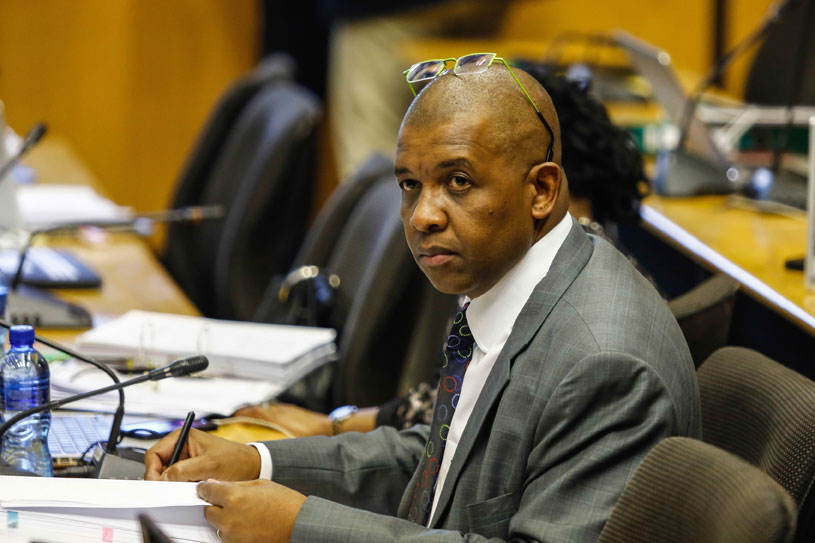