The top six wants to have talks with Zuma, where they could try to convince him to hand over power on his own volition. 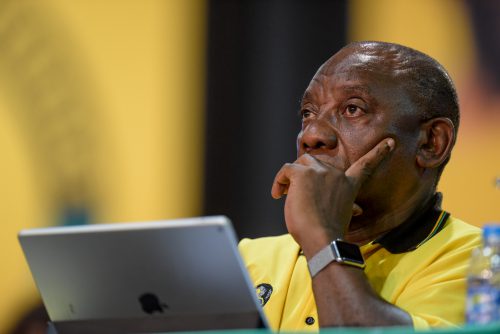 ANC president Cyril Ramaphosa’s supporters have a few weeks to remove President Jacob Zuma to ensure that Ramaphosa delivers the state of the nation address (Sona) next month.

City Press reports that sources close Ramaphosa say he hopes to take over the presidency soon and restore confidence in the country.

The ANC’s top six on Sunday began their trip to KwaZulu-Natal, where Ramaphosa is expected to meet with backlash from the faction that supported Nkosazana Dlamini-Zuma for the ANC presidency, and they hope to meet with Zulu King Goodwill Zwelithini.

A source told City Press that the top six also wants to have talks with Zuma, where they could try to convince him to hand over power on his own volition.

Ramaphosa’s ambitions could be thwarted by fears of divisions in the party and backlash from the KZN faction that supports Zuma.

The trip to KZN is reportedly a strategic move to make Zuma’s support base comfortable with the idea of the president stepping down.

Some Zuma allies, according to City Press, would rather have Zuma descend from the throne on his own terms and avoid the humiliation of Zuma being impeached by the opposition.