Nafiz Modack has previously acknowledged knowing Duduzane, and said he 'looked after' him when he was in Cape Town. 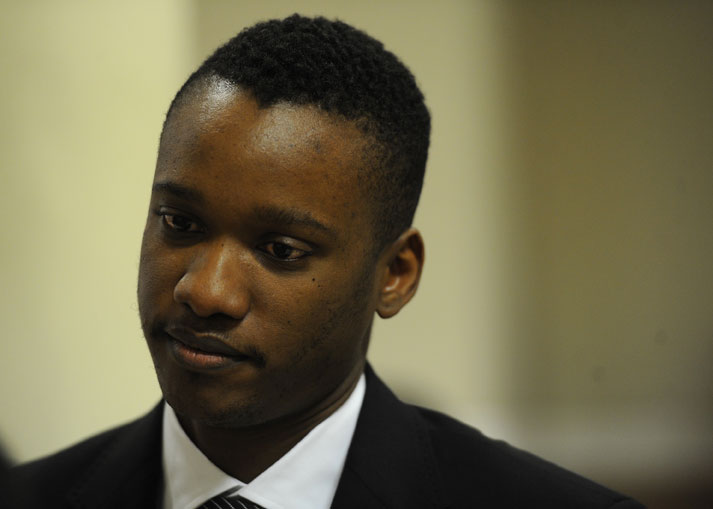 President Jacob Zuma's son Duduzane is seen at the Randburg Magistrate's Court on Friday, 22 August 2014. He will return to the court in November for the inquest into the crash in which taxi passenger Phumzile Dube died after his Porsche hit the back of the taxi and the taxi overturned. The inquest will run from November 4 to 14. Picture: Werner Beukes/SAPA

A photograph of alleged underworld figure Nafiz Modack with President Jacob Zuma’s son, Duduzane, has reportedly raised questions about the proximity of the country’s first family to Modack’s faction.

According to a News24 report on Wednesday, Modack – who is accused of extorting several nightclub owners mainly in Cape Town – can be seen in the photograph sitting at a table and smiling with Duduzane. The picture was taken at a Cape Town hotel in mid-October last year.

This was reportedly months after Modack was alleged to have headed a new faction that was hijacking the control of club security from an older, more established, grouping in Cape Town. The takeover, largely described as a turf war, resulted in violence, including several shootings.

Modack and his four co-accused are facing extortion charges in relation to the nightclub security takeover. During his bail application on December 15 – the day on which he was arrested – police revealed he planned to take down his partners after ordering the murders of controversial businessman Mark Lifman and alleged gang kingpin Jerome Booysen.

During an interview with News24 in September, Modack claimed he received more than 50 death threats up until then in 2017 due to his links to private security. He acknowledged knowing Duduzane and said he “looked after” him when he was in Cape Town.

Modack also claimed that other than nightclub security, he was involved in several private security companies and debt collection. He said he worked with several wealthy international clients and provided security to “people right from the top down”.

When approached for comment regarding his links to Modack, Duduzane failed to respond to enquiries.