Ramaphosa did not elaborate in detail on the roll-out of free tertiary education nor its implementation. 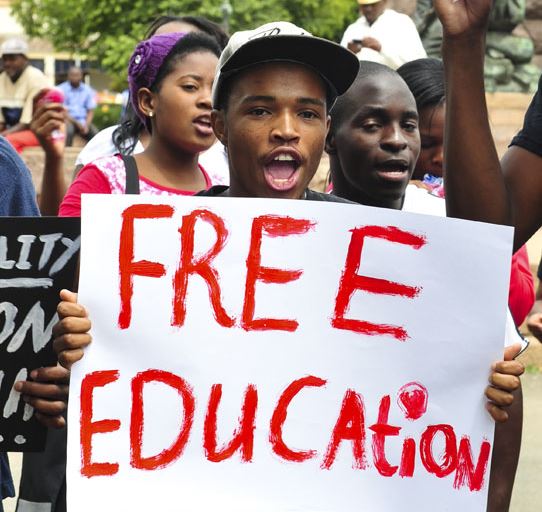 Free post-school higher education is critical to the expansion of access to economic opportunities for those South Africans from poor and working class backgrounds whose household income is less than R350,000 a year, African National Congress president Cyril Ramaphosa said on Saturday.

Speaking at the ANC’s 106th anniversary celebrations at the Buffalo City Stadium in East London, he briefly outlined the ANC’s commitment to free tertiary education.

“This will be implemented by providing full bursaries for tuition and study materials to qualifying South African students at public TVET [technical vocational education and training] colleges and universities, and subsidised accommodation or transport capped at specific levels for those qualifying, starting with first time entry students in 2018.”

Returning existing National Student Financial Aid Scheme (NSFAS)-funded students in 2018 and in future would have their loans converted to full bursaries. Ramaphosa did not elaborate in detail on the roll-out of free tertiary education nor its implementation.

President Jacob Zuma stirred a hornet’s nest with his sudden pronouncement of free higher education for the poor last month, raising fears of chaos at universities now facing a barrage of applications from thousands of hopeful students who have just finished high school.

Government will likely have to foot most of the bill, adding pressure on a national budget already straining at the seams and possibly pushing its sovereign credit rating further into junk territory.

Access to tertiary education remains an emotive issue in South Africa since the end of apartheid rule more than two decades ago, with children from mainly poor black households struggling to access limited funding for tuition through programmes such as the NSFAS.

In the wake of nationwide protests by university students demanding free education over the past few years, Zuma last month promised government would extend fully subsidised free higher education to “poor and working class” students from 2018.

He provided no details as to how this would be funded.