Vanessa fights poverty and the ordeal of facing life alone

Youngster tells how department’s Isibindi programme turned her life around. 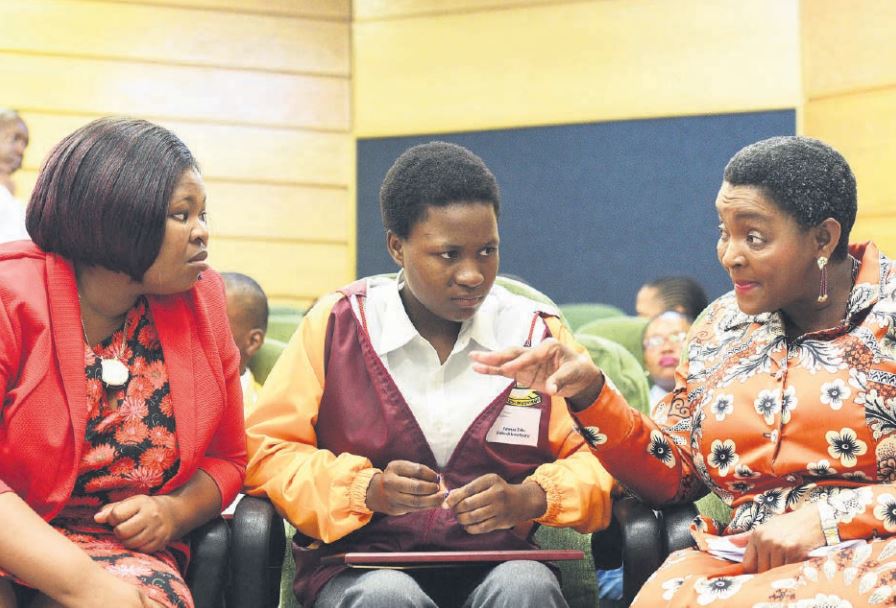 Vanessa Zitha is not a young woman who often gets emotional – but she did when she realised her hard work at school paid off in the six distinctions she earned in last year’s matric exams.

Zitha, who matriculated in 2017 at Masana High school, felt overwhelmed by all her distinctions. “I didn’t believe I could do it. I wish my mom was here.” She lost her mother when she was young and has battled through life alone. But her surrogate mother has been the childcare worker who was part of a support system which has been helping thousands of kids, like Zitha, to cope with personal difficulties and poverty – the things which hold people back in life.

Zitha’s worker is Pinky Mkhatswa, from the National Association of Child Care Workers (NACCW). She told of her journey with Zitha. It had not been an easy one, but she managed to help the girl get out of her shell using different strategies in the Isibindi programme. The programme of the department of social development focuses on Grade 12 pupils and deploys youth care workers to help children in disadvantaged communities and child-headed households.

Last year, more than 400 000 social grant beneficiaries wrote their matric exams and almost 2 000 0f them were part of Isibindi. Mkhatswa said Zitha had difficulty expressing how she felt about the loss of her mother. “She was always quiet and never showed her emotions. She would never cry. “We work with all stakeholders to make sure that the child is developed holistically. “I used to sleep with Vanessa in her room because of the traumatic ordeal she faced after losing her mother.

“I am so proud of her.” Zitha has applied for a Russian scholarship and aims to study overseas. S i y a n d a Pikwa was one of the top students in Gauteng with seven distinctions.

“The department has helped me a lot because my mother works as a cleaner and the salary she gets would not have been able to pay for my school fees,” he said.
Pikwa attended a programme in Dobsonville that assisted him with mathematics. That helped in improving his skills, he said at a celebration yesterday honouring the top students.

“I am very happy to be in the same room with the most important people in our country. “I am happy that they acknowledge our hard work,” he said. This year, Pikwa will be studying mechanical engineering at the University of Witwatersrand.

The acting director-general of social development, Nelisiwe Vilakazi, expressed her excitement at the excellent performance of the pupils. “We are happy to see that these children who come from vulnerable homes have done so well.” Vilakazi gave the assurance that the department was making plans to assist the pupils throughout their tertiary education so they would break the cycle of poverty.

Social Development Minister Bathabile Dlamini, was on hand to congratulate the successful students.

The department of social development works closely with the South African Social Security Agency (Sassa) student funding body, NSFAS, and various departments, including the department of basic education, to ensure that financially needy students are prioritised in obtaining financial assistance for their studies.

Cosatu calls for reconstruction of SA economy to address unemployment
3 hours ago
3 hours ago
PREMIUM!

Cosatu calls for reconstruction of SA economy to address unemployment
3 hours ago
3 hours ago
PREMIUM!