Truck crashes into barrier in Athlone, one dead three injured

Local authorities are investigating the cause of the fatal crash. 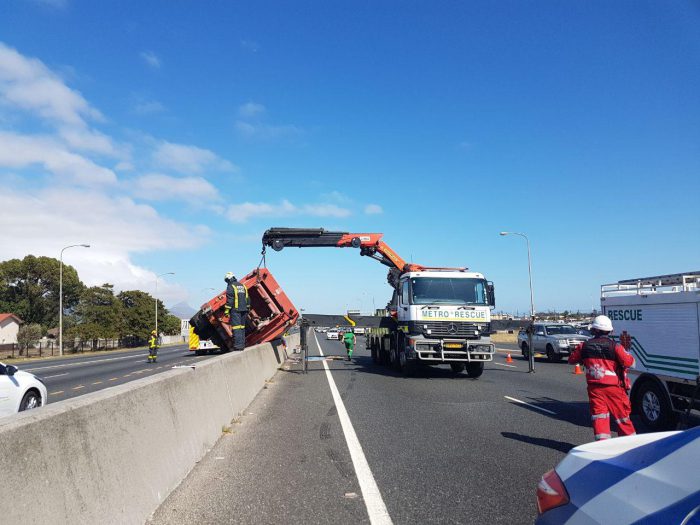 The truck which crashed into a concrete barrier killing one person in Athlone on Friday is removed from the crash scene. Photo: ER24

A man was killed and three others were injured on Friday morning when their truck crashed into a roadside barriers on the N2 Highway in Athlone in the Western Cape.

ER24 spokesperson Russel Meiring said paramedics found a motionless man pinned between the barrier and the truck. There were three other men on the scene.

“Paramedics assessed the man … he had sustained numerous injuries and showed no signs of life. Unfortunately, nothing could be done for the man and he was declared dead,” Meiring said.

The others had sustained minor to moderate injuries. They were treated and taken to a hospital.

Local authorities were on the scene and are investigating the cause of the fatal crash.