‘It’s a very strange thing to wake up in the morning and all of a sudden he’s not here. 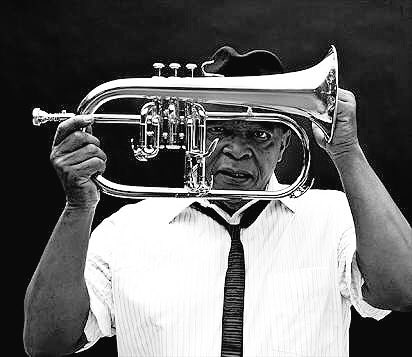 The family of jazz legend Hugh Masekela who died this week at age 78 from prostate cancer, will conduct a private funeral with close family and friends, they have announced.

At a briefing yesterday, they emphasised the importance of honouring Masekela’s wish.

“This is a family gathering that will consist of close family and friends because our brother wanted that to happen,” said Peter Tladi, a close family friend.

Tladi said they would announce details of the funeral later. Masekela’s son, Sal, also expressed his grief on the death of his father.

“It’s a very strange thing to wake up in the morning and all of a sudden he’s not here. Hopefully when people see me, they can catch a glimpse of him,” he said.

He spoke of the strength of his sister, Pula, and his aunt Barbara through this difficult time.

“My aunt Barbara is the definition of strength. She has always been the official backbone of our family so we follow her lead. My sister Pula is the same. She is the most powerful woman that I know so having those really strong women in the Masekela family just helps us all to step up and do what we need to do.”

Family members shared their memories of his music and emphasised Masekela’s love for people and cultural heritage.

Masekela’s son described his father as a person who loved being around people and learning from them.

“My father’s favourite thing was to interact with everyone. If he met you at Woolies, he’s going to have a conversation with you, he’d want to know where you live, speak your language or he would tell you a joke.”

He said he knew he was sharing his father with South Africa. “My father’s love affair was with the people of South Africa.That was his passion. To see that this is consistent in death, is fascinating.”

His father was his role model, Sal said, adding he hoped to carry the legacy throughout his life and to learn from his father’s traits.

“My father taught me to tell the truth at all times, even when I feel uncomfortable. That is something that I know I will be a different person moving forward.”

Masekela’s doctor, Yastira Ramdas, described him as a man full of life and an inspiration to cancer patients.

“He was a full of life, spirited individual. He really was a true inspiration to all cancer patients. He fought hard and he fought till the end.”

Hugh Masekela to be laid to rest at private funeral service