Leaders of opposition parties in South Africa on Friday said they remained unshaken from their demand that President Jacob Zuma be barred from delivering his state-of-the-nation address (SONA) on February 8. 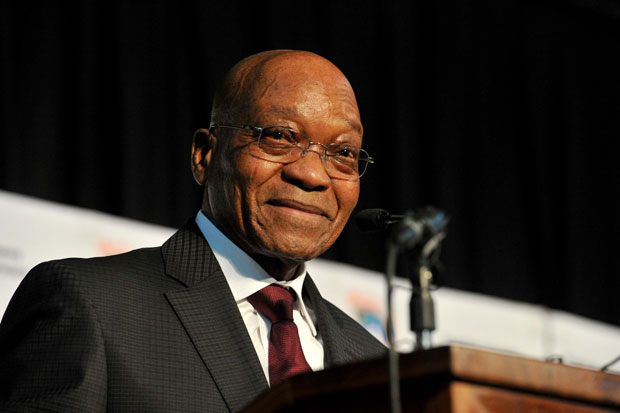 “We are adamant that President Zuma should not deliver the next state-of-the-nation address to Parliament,” said United Democrat Movement leader Bantu Holomisa during a press conference in Johannesburg. He was joined by leaders of, among other, South Africa’s third largest political party, the Economic Freedom Fighters (EFF), the African Christian Democratic Party, and the Congress of the People.

The media briefing came shortly after National Assembly Speaker Baleka Mbete announced on Friday that she had rejected a request by the the EFF for a motion of no confidence vote in Zuma to be held before the SONA. Instead it had scheduled the motion for debate for February 22.

A request to postpone the SONA by the country’s biggest opposition party, the Democratic Alliance, was also rejected.

Opposition parties said a refusal to meet their demands would not lead to a boycott of the SONA.

“So far we did not resolve that we are not going to attend…we are still members of the House and we want to make sure that we meet the Speaker next week on Tuesday on the 6th…,” said Holomisa.

“We will make sure that we will talk to her [Mbete] and assure her that we want South Africa’s image to be restored, to make sure things go smoothly, but she also needs to play the ball. She must talk to our request to have Zuma not participate in state-of-the-nation address.”

The EFF said the sooner Zuma was ousted the better, for not just opposition parties, but for the country as a whole.

“At his [Zuma’s] behest all institutions are actually day in and day out being eliminated and removed, actually weakened. By the time we take over in 2019, there will be nothing to govern,” said EFF MP Godrich Gardee.

Vehicle swept away by water, search for survivors continues
2 hours ago
2 hours ago

Vehicle swept away by water, search for survivors continues
2 hours ago
2 hours ago