This year, South Africa will produce less wine and prices per bottle are likely to increase. 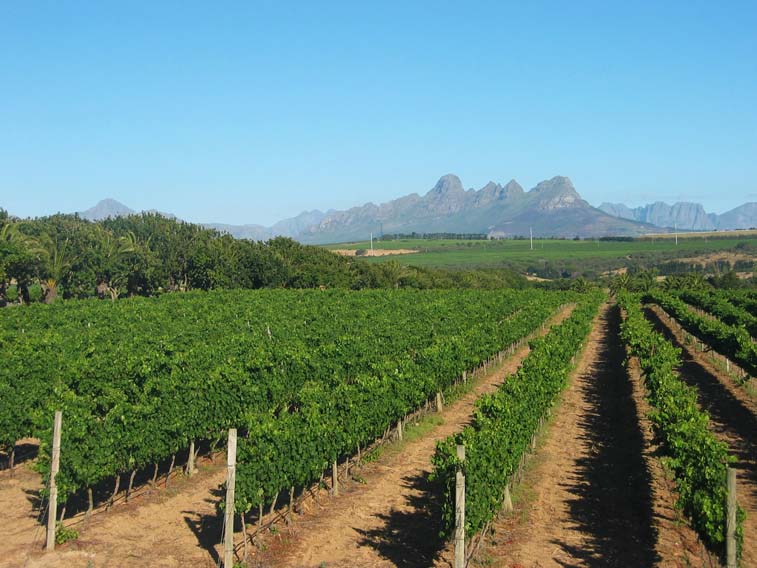 From Paarl to Swartland and Stellenbosch to Constantia, the Western Cape drought is impacting on the wine industry.

This year, South Africa will produce less wine and prices per bottle are likely to increase. The silver lining is that quality is expected to improve.

“There is definitely 15% to 30% less grapes this year, because of the drought. [Rainfall] is region specific, some regions are effected more than others,” says KWV winemaker Izelle van Blerk.

“The 2018 wine grape crop is expected to be the smallest since 2005, due to a decline in vineyard area, an ongoing drought and crop losses due to frost and hail,” says Francois Viljoen, manager of Vinpro’s viticultural consultation service.

Vinpro is expecting a R700 million shortfall in the wine industry. But winemakers are tackling problems head-on. “This is going to be a very challenging year.

You know the saying that wine is made in the vineyard – in 2018 the wine will be made in the winery or cellar.

We, as winemakers, will have to adjust our wine-making methods and be very hands-on,” says Van Blerk.

Being hand-on means winemakers are spending time in vineyards.

“Because of the water shortage, there was immense pressure on vines to ripen for harvest, which has had an impact on the varietals that ripened like cabarnet sauvignon,” says Alto winemaker Bertho van der Westhuizen from Stellenbosch.

“The tannin ripeness can be negatively affected by this pressure. “This year, we’ll have to taste a lot more in the vineyards to establish the chemical analysis.”

“The harvest is much lighter than normal, mainly because of smaller grapes, because self-growth didn’t take place because of stressful conditions. “But smaller grapes is usually good in terms of quality,” Van der Westhuizen says.

“Our wines are too undervalued in South Africa – we are spoiled with really good wines at really good prices. There’s a global shortage of wine because of bad harvests in various countries.”