Zuma's resignation follows the decision taken by the ANC's NEC to recall him so the party's president could take over. 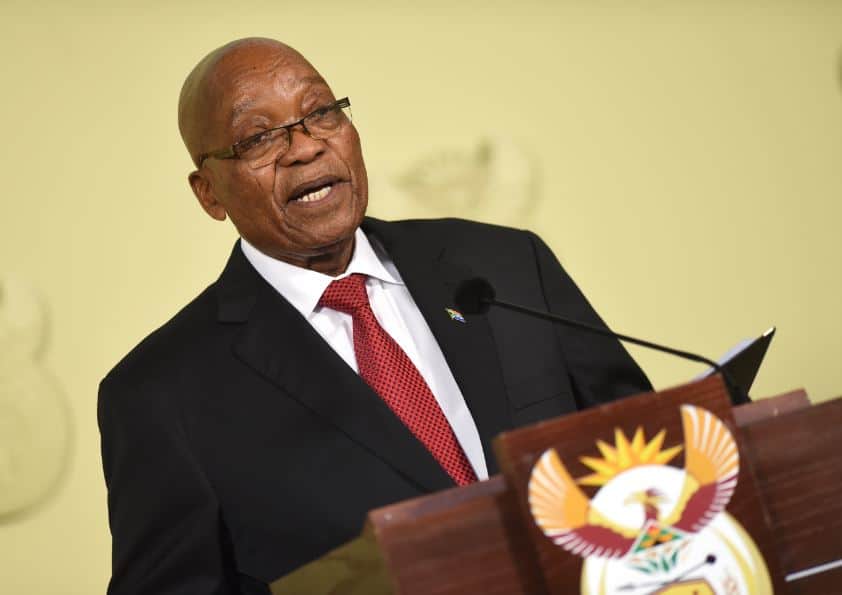 President Jacob Zuma has heeded the call by the ANC’s top decision-making structure, the NEC, by publicly announcing this evening at the Union Buildings in Pretoria that he will resign as the state leader.

“I do take seriously and am grateful to the ANC for ensuring a better life for all. I was also elected in terms of section 86 of the constitution and from that moment pledged my commitment to the constitution. It has been a great learning experience, the performance of which can never be done without learning.

“None of us can claim the building of a new society and marshaling of former liberation movement…that it all happens in a straight line. It has detours and human errors and boulders strewn along the path.”

“I understand fully that while I serve at the pleasure of my party the ANC…the door through which I officially came is through the national assembly, without which no political party can impose its electorate on the state. As we fight our own battles in the corridors of political power, serving our very interests and serving our oppressors of yesterday who joyfully celebrate as we lynch one another, we forget the citizens for which we create a better life.”

I am not above reproach, Zuma said. He added that while exercising his political responsibilities he was not the epitome of perfection and that he respected the prefix of the constitution. Zuma also said that he did not take up the role of president to enjoy the benefits of the office or the perks.

“Make no mistake no leader should seek an easy way out, simply because they could not see life without the perks that come with the the office,” he added.

Zuma’s  announcement follows that which was made by the party’s secretary general, Ace Magashule, yesterday at the organisation’s headquarters, Luthuli House in Johannesburg, at a press briefing, that the NEC took the decision to recall Zuma.

Magashule said the resolution taken by the NEC was in accordance with the ANC’s “rule 12.2.21.2 of the party’s constitution, which accords the NEC the authority to recall any public representative.”

The secretary-general stated that the party was resolute that recently elected ANC president Cyril Ramaphosa will take over from Zuma and be the one to deliver the state of the nation address (Sona).

The Sona was postponed from February 8 – Speaker of Parliament, Baleka Mbete, said at the time the decision to push back the Sona was based on fears of disruptions. However, the postponement was in no doubt influenced by ANC internal power struggles, with the NEC calling for Zuma to step down as the country’s president.

Several meetings have been held by the ANC’s NEC and NWC for over a week to discuss Zuma’s resignation following his repeated refusal to do so on request from these party structures.

On Monday, the NEC convened a special meeting at the Saint Goerge Hotel in Pretoria to discuss Zuma’s future.

ANC secretary-general Ace Magashule said the decision to recall Zuma was taken “only after exhaustive discussion on the impact such a recall would have on the country, the ANC and the functioning of government.”

He further said the resolution had not been taken because Zuma had done any wrong but because the organisation is of the view that state and party leadership should be aligned.

On Monday, opposition parties called on Mbete to reschedule the motion of no confidence in Zuma a week ahead from the initially planned February 22.

However, yesterday Magashule said some of the issues the NEC had to consider during its meeting regarding Zuma’s resignation were “the opportunistic manoeuvers by the opposition in parliament including motions of no confidence in the President, calls for dissolution for parliament and other desperate acts.”

He said the decision about who would deputise Ramaphosa now that Zuma has resigned rests with the party’s president and its NEC.