For the second time in a few months, Zwane snubbed lawmakers who wanted to quizz him on state capture allegations. 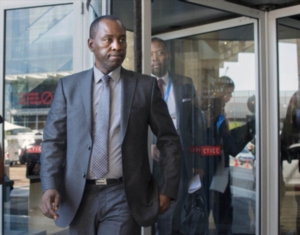 After mining resources minister Mosebenzi Zwane failed to appear in Parliament this morning, the portfolio committee has resolved to constitute its own inquiry into state capture allegations against the minister.

This was the second time that Zwane kept MPs waiting after a scheduled meeting in which he failed to honour. Last year, he told the same committee he was unable to attend but could be seen in a jovial mood at the ANC conference on the same day.

Zwane was expected to answer to a raft of allegations that include conniving with the disgraced Gupta business family to aggressively takeover mining assets with cash and guarantees unlawfully provided by state entities.

Zwane is among Gupta-linked ministers that oppositions parties, lobby groups and civil society organisation have accused of doing the bidding the Gupta family and also attempting to promulgate a mining charter that favoured the family. The Presidency announced over the weekend it has resolved to renegotiate the controversial renewed mining charter with relevant stakeholders.