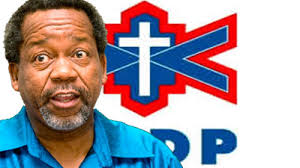 The leader of the African Christian Democratic Party (ACDP), Reverend Kenneth Meshoe has said in parliament his party is concerned over the unhealthy state of spaza shops in the townships, particularly those run by foreign nationals.

“The ACDP also wants to see health inspectors visit all spaza shops in our townships. We are very concerned, Speaker, about the unhygienic conditions that most of our spaza shops, particularly those run by foreign nationals, are in,” Meshoe said.

He said some foreign traders sleep and bathe in the very same building they use as shops and that these buildings do not have toilet facilities.

“People wonder what they do when nature calls because they only see them go to the back of the shop that does not have such facilities,” Meshoe said.

He said this is unacceptable and should be attended to by the Department of Health.

Meshoe was speaking following Minister of Health Aaron Motsoaledi’s address to members of the house on the listeriosis outbreak.

EFF member of parliament Mogamad Paulsen rose on a point of order, asking whether Meshoe’s comments were parliamentary.

“Speaker, I want to know if it’s parliamentary for umfundisi (reverend) to stand there, a man of the cloth, and to be so xenophobic towards our African brothers?” the EFF MP questioned.

After the brief interruption, Meshoe resumed his oral response and urged the government to act urgently on the matter before another outbreak ensued.

“For the sake of the health of our people, health inspectors should start visiting all shops dealing with food, particularly shops in informal places,” he said.

During his update on the listeriosis outbreak, Motsoaledi said more than 4 000 tonnes of cold meats from Enterprise foods as well as Rainbow Chicken products will be dumped.

He indicated the measures government has implemented to contain the outbreak.

Some members of parliament said the operational standards of some merchants and vendors who bypass health and safety regulations are to blame for the outbreak.

However, other members of parliament were of the view that the government and its health inspectors should be blamed, saying that a shortage of staff in the sector is a huge contributor to the outbreak.

Motsoaledi said the outbreak was caused by big manufacturers and not by the government.