Ramaphosa’s government needs to address issues such as poverty, unemployment and education reform. 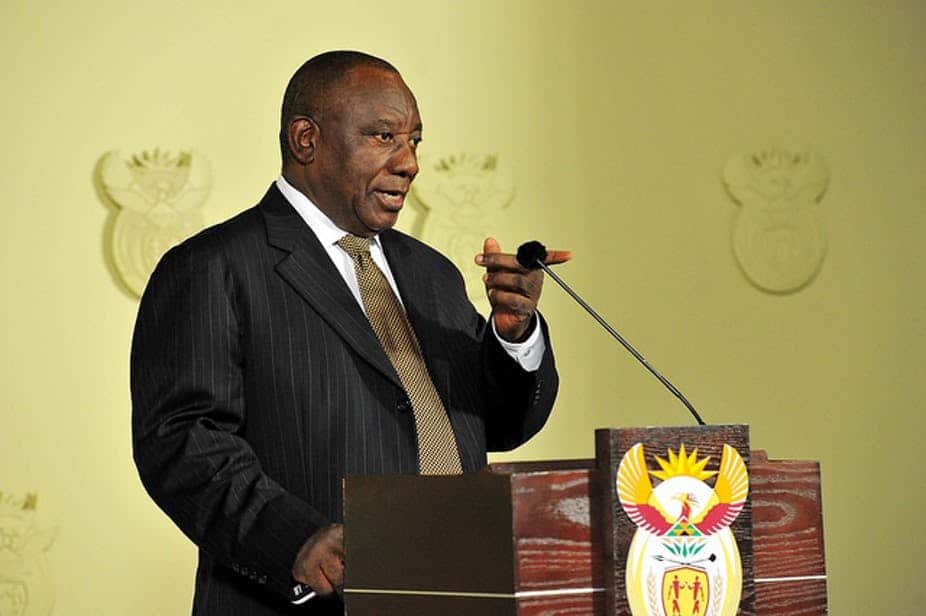 While our economy is among the biggest in Africa it cannot shake the deep-rooted structural inequalities that are holding back growth and development. In sub-Saharan Africa, South Africa’s economic performance has been one of the weakest links when compared with other countries. According to the International Monetary Fund (IMF) 2017 regional report, South Africa (-1.1%) together with Equatorial Guinea (-5.1%) and Zimbabwe (-1.5%) were the only three countries with a negative outlook for real GDP growth in 2018.

Arguably these are just another set of numbers that are used to measure progress, economic performance/lack thereof and the wellbeing of a country. There are many that tell a similar story. For instance statistics from last year’s poverty trends report by Stats SA, which looked in detail at poverty estimates from 2006 to 2015, told that there are 13.5 million* fellow South Africans living below the food poverty lines – that is more than the combined populations of Lesotho, Denmark and Singapore. These are people who can’t afford to buy enough food to meet the requirements of the United Nations minimum daily energy intake.

These numbers must compel policymakers and their political principles to deal with the situation or ask for help in coming up with remedies.

However our society has become socialised to accept the apartheid-created structural problems and its after effects. Even as the ‘new dawn’ is being mentioned, the reality of the labour force can be seen not just in the 27% unemployment rate, but also in the vast imbalance between unemployed blacks and whites including graduates. Black bodies continue to face poverty, unemployment and poor living standards and maladies.

This point may lead some of you to reach out for your keyboards and type “but you people have been in government for 23 years now and should have fixed this”.  As if it was that easy. How long did it take the Asian Tigers?

First, if any attempt is to be made to repair this, it must consider the traces of the inferior education that is still lingering in South Africa today. A system that was by default designed to provide the barely sufficient basic skills for some blacks enabling them to work in the factories while others worked in the mines. Until these remnants are erased any attempt to fix education outcomes will continue to fail – despite the fact that education has the highest budget allocation.

The presumption is that President Cyril Ramaphosa’s government has plenty of advisors who are aware and recognise the interface between technology and globalisation’s impact on economies like ours. This new dawn will not be arriving anytime soon. As the changes in technology force companies to adapt or become extinct, many old jobs will be displaced by new jobs driven by technological advancement. For South Africa, those old jobs are the ones employing low-income earners with medium skills. For the low skills, there is no place for them in the workplace of the near future. If this is a new dawn, it is terrifying.

Second, unless there’s considerable growth and improvement of the economy, it is going to prove difficult for government to achieve its 15% unemployment reduction goal. Again the role of government becomes crucial, it is unsustainable to continue as the biggest employer, it must therefore be smart. How? Not only must it direct resources to where the economy can grow jobs but to where they are needed.

The lesson for the new dawn crew is to learn from where government has been failing. And then, unpopular as this may sound to government, the ANC and its alliance partners – a sense of stability and flexibility needs to be fostered. This is how governments in East Asia and now India did it. Learn from their example, particularly at a macroeconomic level.

A reminder: there are 13.5 million compatriots living below food poverty lines, 9.4 million unemployed, 3.3 million of those unemployed are under the age of 35. These are people who are excluded from the economy, from the positive outcome of a democratic South Africa. To them there’s no new dawn, there is only darkness and hopelessness.

If these numbers and others do not set the tone for the new administration the effects are going to be as scarring. If no resolution is found we will simply be conferring an heirloom to the next generation that failed to erase apartheid structural problems.