Some MPs generously expressed gratitude for Gigaba's recovery from the illness that prevented his appearance in parliament last week. 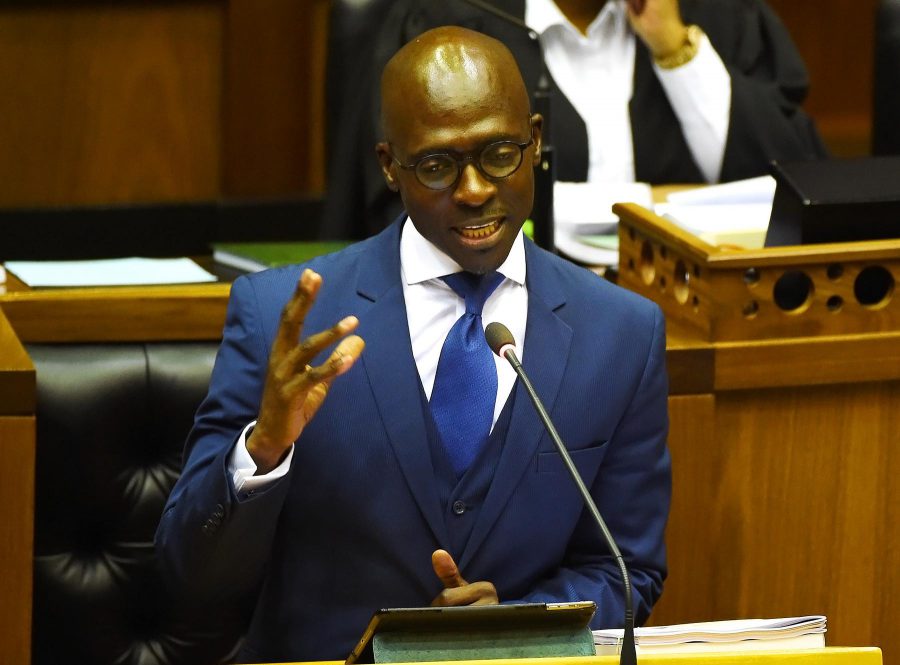 After his name was mentioned in the same breath as state capture, courtesy of his alleged role as state capture fixer during his tenure at the department of public enteprises and his first term as home affairs minister, Malusi Gigaba finally had his day at the Eskom inquiry conducted by the portfolio committee on public enterprises.

As expected, sparks flew between the former ANC Youth League leader and opposition MPs. Some MPs were quick to remind the former finance minister that his sudden illness during a question and answer session last week in parliament was suspect.

The DA’s Natasha Mazzone and EFF’s Floyd Shivambu both welcomed Gigaba to the hearing with the proviso that they were nonetheless pleased that he has recovered well enough to face a barrage of questions from agitated MPs.

Shivambu would later be involved in a vicious verbal tussle in which the minister told the opposition MP: “Do not let facts irritate you because they stand in a way of a good story.”

READ MORE: Gigaba: I was reshuffled because I wasn’t a state capture agent

“It is expected that should they get into any business activities they should write to the minister. When they don’t do that the minister has no way of knowing what they are doing,” Gigaba responded to allegations that his former advisor summoned former Eskom CEO Brian Dames to a meeting to introduce him to a Gupta delegate looking for coal contracts.

“People have counted this damage in billions. We were able to climb to 1.7% economic growth. You could see the slowing down of the economy in 2017 during the [state capture] allegations. Come December 2017 and in part because of the ruling party conference and certainty, and you saw the rand-dollar exchange strengthening and you saw appetite for stocks at the JSE, you saw the bond yields being reduced.

“As we begun this year and action begun to be taken on the board of Eskom, board of SAA, the action we took to cancel Denel’s Asia contract, there was positive sentiment in the first quarter of the year which resulted in positive economic development. There is a very high cost to state capture corruption. That is why it is important, not for public and international investor perception, to be seen to be taking drastic action in this regard,” Gigaba said when asked about the damage of state capture allegations to the economy.

RELATED: Gigaba takes a beating from MPs on Gupta sponsorships

He cited the example of Anoj Singh to demonstrate that he was intolerant of state capture.

“I am on record last year in both calling for his [Singh’s] suspension and early this year asking him and other members of the executive [at Eskom] to do the right thing and step down on their own. When new facts were presented about [Anoj] Singh I did not prevaricate,” he said.

And Gigaba did not hold back when addressing the infamous Trillian-Tegeta matter that plagued Eskom for the better part of 2017.

“Quite clearly a wrong decision had been taken with regards to the Tegeta contract, one a chief procurement officer came back with a report saying it is irregular and should not have been signed. I felt it was not enough to just say it was irregular; we need to find out what happened in terms of this contract so we can take correct action and save government money.”

Gigaba distances himself from Gupta deals