He says he is focused on the target set by the finance minister to collect R1.217 trillion before the end of the tax year. 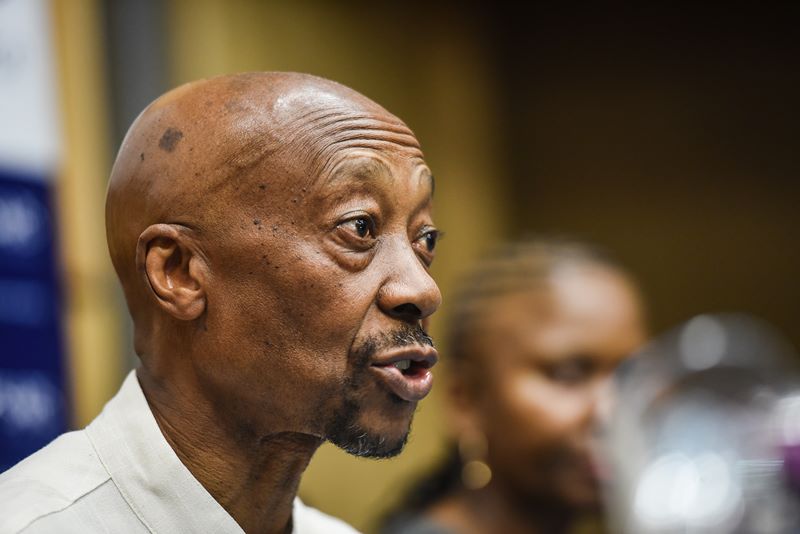 Moyane said he feels secure in his position as commissioner.

“I am firmly rooted to this organisation. I don’t feel any insecurity,” he insisted.

“On the contrary, I am exuding energy and passion to execute my responsibility as indicated in my contract,” a confident Moyane added.

He said he was focused on the target set by the finance minister to collect R1.217 trillion before the end of the current tax year.

“As the commissioner, I would be negligent if I did not admit that the incidents surrounding the issues of Mr Makwakwa have taught us valuable lessons. I am sure there are areas that we could have improved on and could have handled better.”

He said Sars will keep its promise and will be handing over Makwakwa’s personal tax records, as well as reports by KPMG and Hogan Lovells, to parliament by tomorrow’s deadline.

“It would be prudent to state that, in his letter of resignation, Mr Makwakwa has indicated that he is resigning for personal reasons. He regards this as being an opportune moment for him to exit Sars after being cleared of all the allegations of misconduct through a formal disciplinary hearing, and after making the investigation report into allegations of impropriety against him and his personal tax information available to parliament for scrutiny and for public accountability,” Moyane said.

According to Moyane, the criminal investigation by the Hawks against Makwakwa is ongoing and Sars is fully cooperating.

“As I understand the allegations, Mr Makwakwa irregularly participated in the tender adjudication and appointment of New Integrated Credit Solutions [NICS] by Sars, notwithstanding the ongoing criminal investigation by the Hawks into allegations of corruption and money laundering involving Mr Makwakwa and NICS, together with other entities, in respect of a payment of over R400 000 to Mr Makwakwa.

“Mr Makwakwa was conflicted as he failed to declare a potential conflict of interest, acted dishonestly, failed to act fairly and failed to recuse himself from the adjudication as the circumstances duly required.

“I put this before Mr Makwakwa with the intention to suspend him in respect of the allegations pending an investigation.

“He denied the allegations and indicated to me that he had already decided to resign.”

'Little progress' made in talks between DA and ActionSA
4 days ago
4 days ago
PREMIUM!

'Little progress' made in talks between DA and ActionSA
4 days ago
4 days ago
PREMIUM!