During the course of the day the gathering was adjourned several times with Lawack walking out of chambers on at least three occasions. 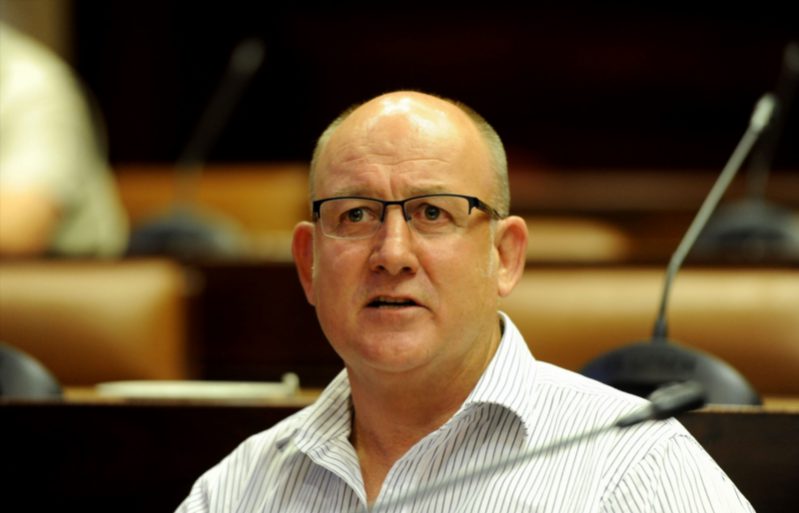 Eight hours of drama, adjournments, heated debates, and disruption-after-disruption the vote of no confidence against Nelson Mandela Bay Mayor, Athol Trollip, was put on hold for two weeks on Thursday.

The special council sitting scheduled for 8am on Thursday morning, was meant to deal with motions brought by the Economic Freedom Fighters (EFF) , African National Congress (ANC) and smaller minority parties.

Additional motions were to rescind the decision to dissolve the deputy mayor post and to elect a new deputy mayor, however, by 4pm Lawack postponed the special council meeting and not a single item had been concluded.

Council then moved onto a subsequent agenda of an ordinary council meeting which dealt with the draft operation and capital budget, including the 2017/18 adjustment budget.

The day was characterised by endless bickering between councillors, instability, and a commotion between Democratic Alliance (DA) leader Mmusi Maimane and the EFF’s Zilindile Vena.

During the course of the day the gathering was adjourned several times with Lawack walking out of chambers on at least three occasions.

Opposition parties refused to vote on the very motions that they had tabled, arguing that the Speaker was not following procedure in that party whips were not notified of a sequence change on the agenda.

Even a pastor, who was called in to pray for the gathering, was forced to leave after opposition councillors became agitated with his preaching and presence in the public gallery.

Maimane told a media contingent that the ANC never wanted to vote in the first place because they realised that the numbers were not in their favour.

“What was very clear today that as an act of chaos, yearning to return corruption, a fairly racist agenda it became very clear that the ANC did not have the numbers neither did the EFF, otherwise, why would you buster your own motion of no confidence and delay your own choices,” said Maimane.

“So actually that collapse raising spurious points of order to degrade the very essence of council has been an ANC agenda and they had no intention today of proceeding with council business.”

ANC Head of Elections, Fikile Mbalula also attended the meeting on Thursday, and told a press briefing that the ANC, unlike the DA-led coalition, was not after positions.

“We did not win an out right majority and for us to make a difference in the lives of our people we need majority governance in the metro, so we will come back when we have power, ” said Mbalula.

Outside council chambers, police and metro cops were on high alert as ANC, United Democratic Movement (UDM) and EFF supporters protested near the building.

The EFF — which helped the DA to gain control of the metro from the ANC after the August 2016 local government elections — needed the support of every other opposition party, including the ANC, to make up the 61-vote majority in the council of 120 seats.

The DA, with its remaining coalition partners the Congress of the People (Cope) and the African Christian Democratic Party (ACDP), together have 59 seats, while the ANC has 50, the EFF six, the UDM two and the Patriotic Alliance (PA), African Independent Congress (AIC) and the United Front have one each.

Earlier this week, the PA indicated that they would vote against the motion to have Trollip ousted.

Marlon Daniels of the PA has since signed the coalition co-governance agreement and has been promised the deputy mayor post as well as roads and transport portfolio.

According to reports, the AIC in the metro was told by its party boss to vote with the DA on the motion, this shift in numbers made it likely for Trollip to survive. 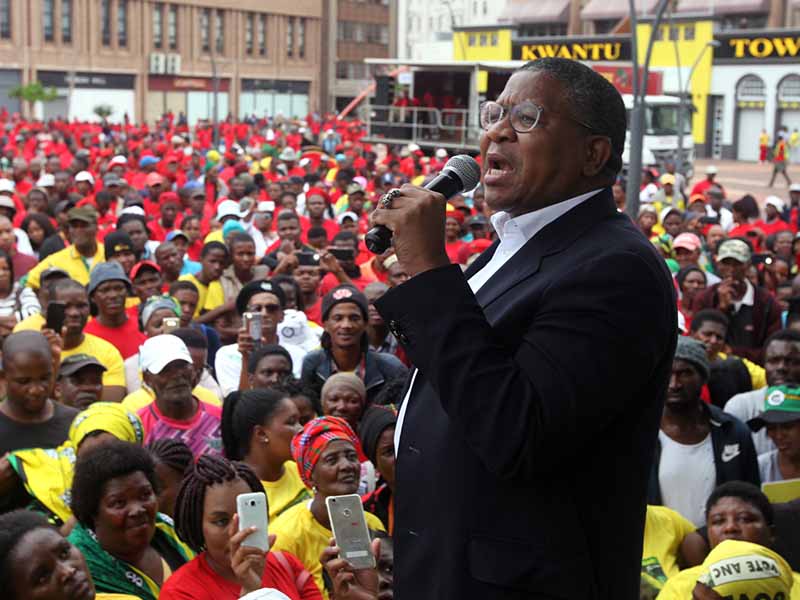 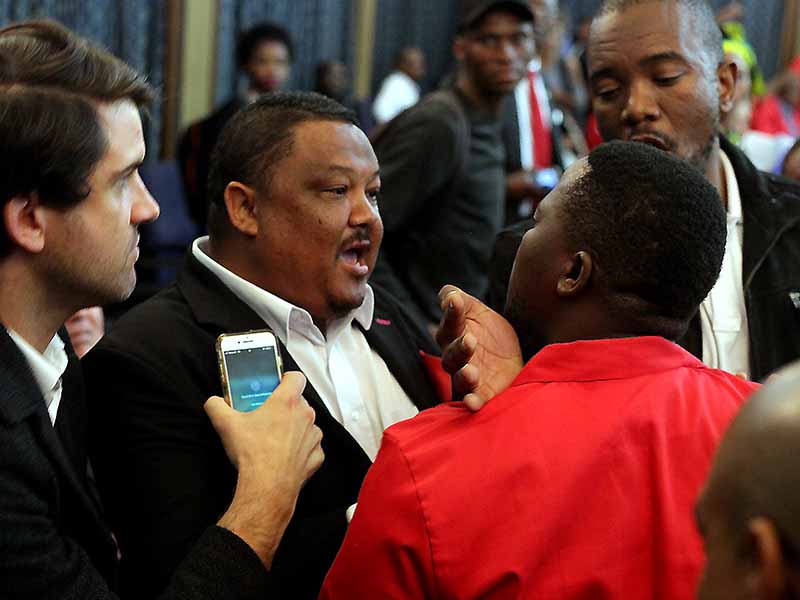 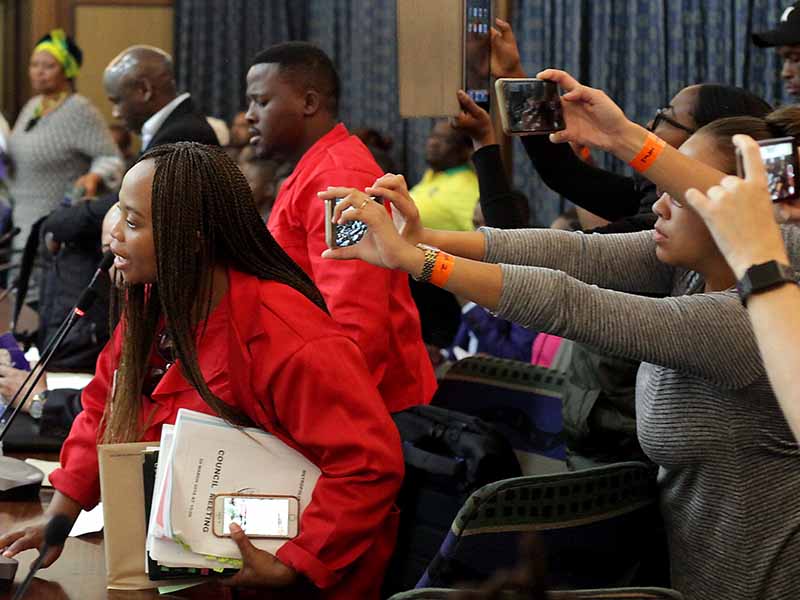 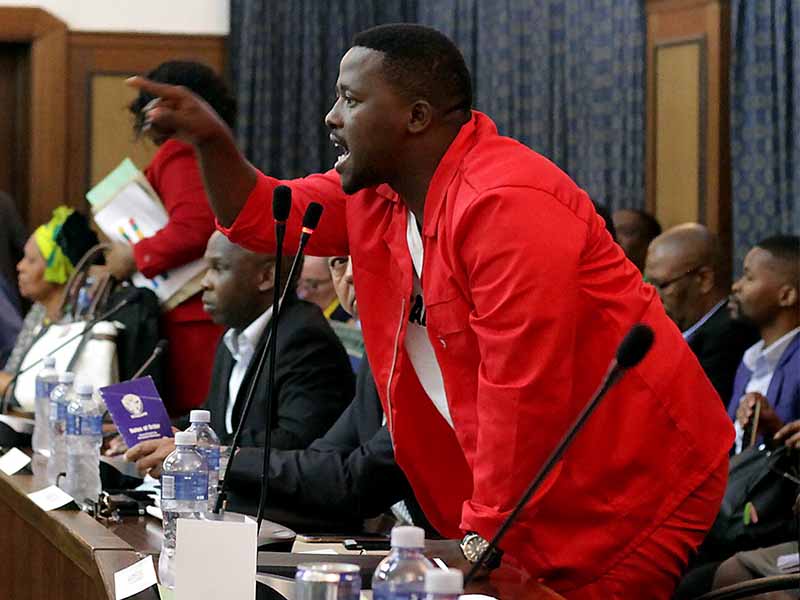 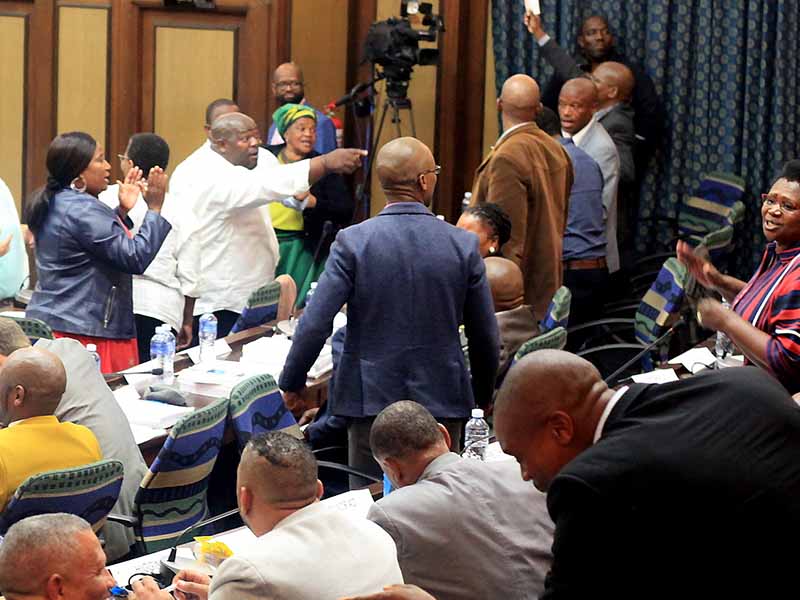 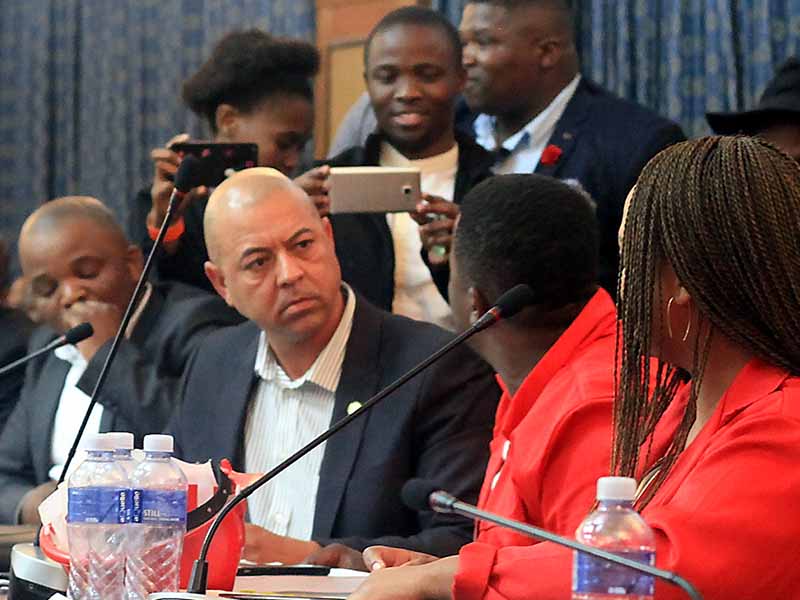