The first week, she tried pleading with Winnie to apologise to Nelson, and the second weekend, she was told to inform Winnie the divorce is final. 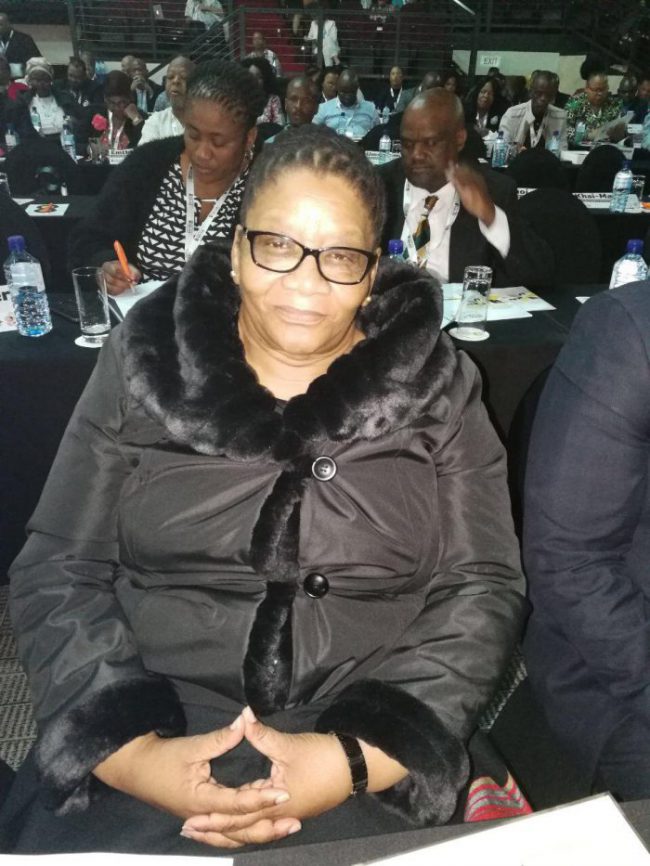 Chairperson of the National Council of Provinces (NCOP) and former uMkhonto weSizwe (MK)  commander Thandi Modise was up until 1997 the deputy president of the ANCWL during Winnie Madikizela-Mandela’s tenure as president.

Her close relationship with Winnie meant that often unpalatable messages from Mandela to Winnie had to be relayed via Modise.

Speaking to the SABC this morning, Modise related a story of how when she was tortured at John Vorster Square Police Station, a police officer told her if she thought what was happening to her was bad, she must not wish to endure what Madikizela-Mandela was going through.

She would later find out during the same time  Madikizela-Mandela was paraded naked with thorns, decorating her head to “humiliate Mandela”, at Old Fort Prison. When both women were released, Modise said Madikizela-Mandela had become a second mother to her.

Worried that Madikizela-Mandela would be fired from her position as deputy minister of arts and culture, science and technology after reports emerged that Mandela was unhappy that she undertook a trip to Ghana without authorisation as well as openly criticising the ruling party, Modise tried intervening.

On Monday, March 27, 1995, Madikizela-Mandela was fired by Mandela. He did not give clear reasons at the time, but only hinted the former deputy minister should review her position and seek to improve her conduct in a position of responsibility.

She challenged her dismissal in court and claimed it was unconstitutional. An affidavit she obtained from IFP leader Mangosuthu Buthelezi, concurring that he had not been consulted as a leader of a party in the government of national unity, convinced the court to order that she be reinstated. She resigned in a move widely viewed at the time as circumventing her pending sacking.

WATCH: In Brandfort, 1983, Winnie is certain that ‘freedom is coming’

Modise said another painful moment came the weekend before Judge Eloff granted the couple a divorce on Tuesday, March 19, 1996. She said she received a call from Mandela, who told her: “Please, tell your mother to accept the divorce.”

After 38 years of marriage and two daughters, Zenani and Zindzi, “irreconcilable differences” were cited as the reason for the parting. Madikizela-Mandela’s affair with a young lawyer, revealed in an unsigned letter, was believed at the time to have angered Mandela. In one of the letters, Madikizela-Mandela herself tells Dali Mpofu that Tata had not spoken to her for five months.

“You are my daughter’s age, and you won’t understand amasiko of the abaThembu cultural group. Until my in-laws inform me that we have been divorced, I remain married to Nelson Mandela,” Modise quoted Winnie’s response.

She said Winnie’s love for Nelson remained unwavering, and often during ANCWL meetings when a difficult decision had to be taken, she would often quiz them: “Uzawuthini uTata [what will Tata say]?” and when her comrades reminded her they were divorced, she would say: “Andikhathali ungumyeni wami, uTata wabantwana bami [he is still my husband and the father of my children] and the leader of the ANC.”

Zuma was elected because ANC male leaders were scared of Winnie, says Malema

Hostage case: 11 supposed military vets due in court for bail hearing
1 month ago
1 month ago

Hostage case: 11 supposed military vets due in court for bail hearing
1 month ago
1 month ago