Mama Winnie will never be forgotten by all who met her on her trip to the Caribbean in 1998. 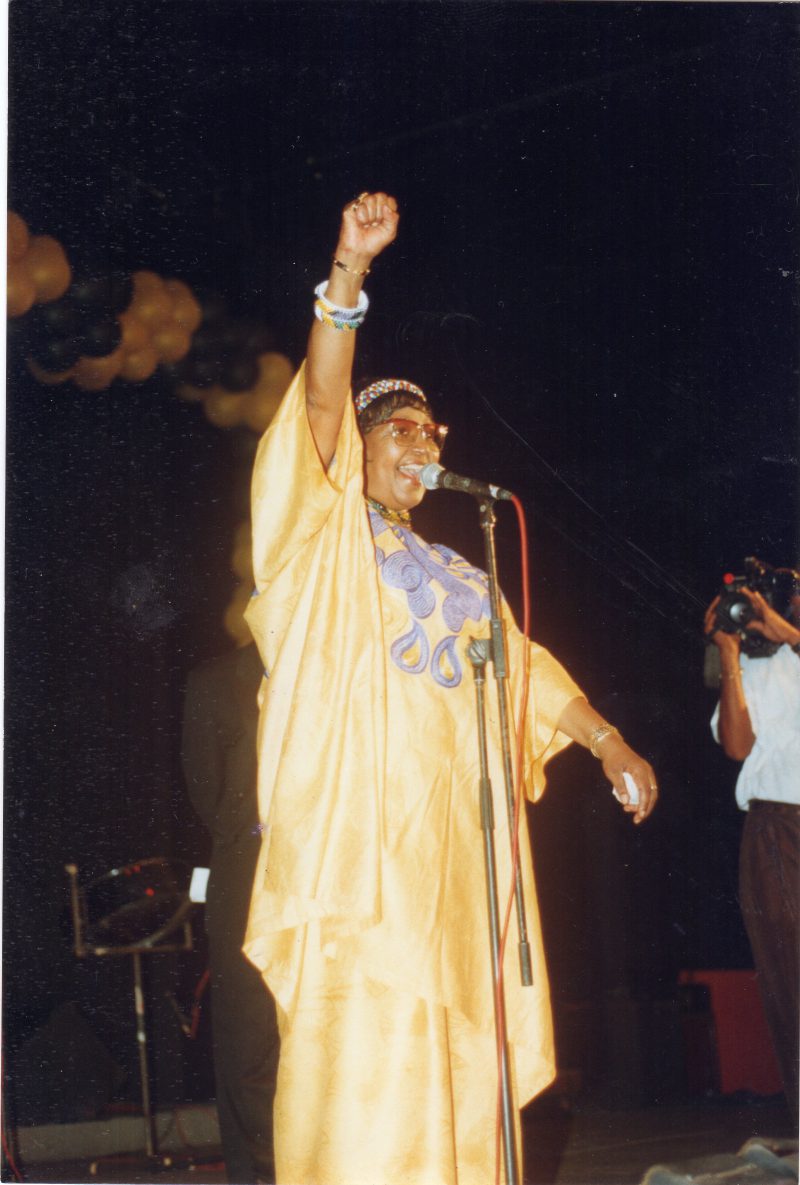 Winnie Madikizela-Mandela at a student rally in Trinidad & Tobago in 1998.

The people of Trinidad and Tobago in the Caribbean believe anti-apartheid activist and politician Winnie Madikizela-Mandela is deserving of all the honour she has received.

In a tribute to her, Khafra Kambon, chairman of the Emancipation Support Committee of Trinidad and Tobago (ESCTT), said: “During the 27 years of the imprisonment of Nelson Mandela, as young people in the Caribbean we longed to hear his voice and see him walk to freedom, but we could not. 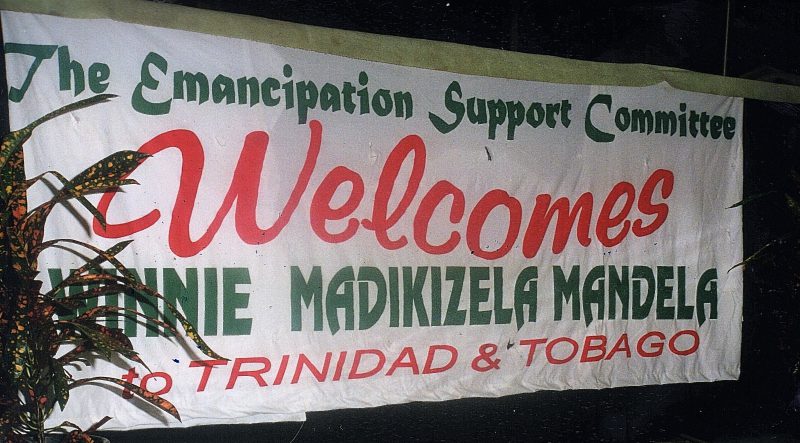 A welcome banner for Winnie Madikizela-Mandela in Trinidad & Tobago in 1998.

“However, we witnessed Mamma Winnie’s defiance and resistance. We heard her voice, coming through the bars of the prisons to which she was often confined, piercing the restrictions of the bans imposed on her, and the challenges of remote exile, a voice we grew to love and admire constantly calling for justice and equality.”

Kambon said Madikizela-Mandela officially opened the ESCTT office in Maraval and unveiled the plaque that memorialises that occasion. 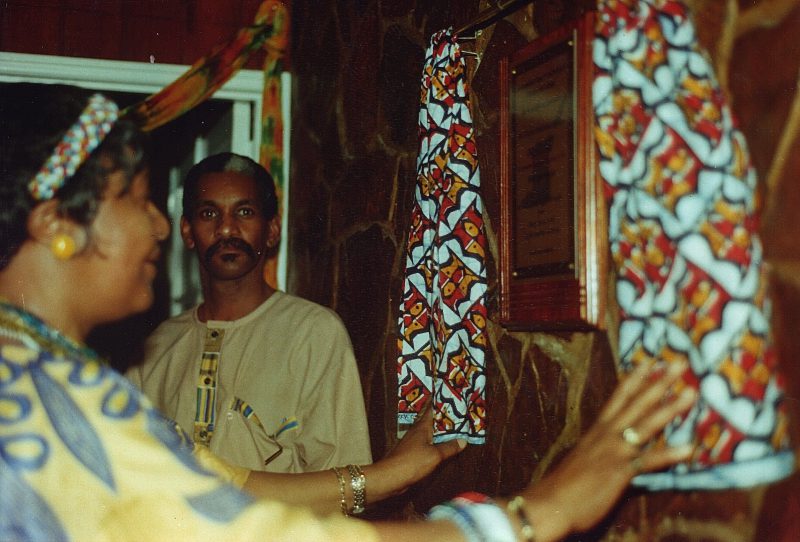 Winnie Madikizela-Mandela unveiling a plaque in Trinidad & Tobago in 1998.

“I remember how Tobago crowds lined the pavements as the motorcade passed, eventually blocking the street with their bodies to be able to welcome her up close. The concerned police had nightmares and tried to persuade her to stay in the car but she insisted on going out and mixing with the admiring, almost worshipful crowd that enveloped her in love and warmth,” he recalled.

“She will never be forgotten by those who encountered her – the school children with whom she spoke, the artistes who performed for her, the women, the men, members of the trade unions who had participated in the boycott of goods to South Africa during the apartheid era, the policemen and women managing her security who went beyond the call of duty. They spontaneously formed a guard of honour for her as she was leaving the hotel, sought and were willingly granted photographs with her.” Winnie Madikizela-Mandela at a student rally in Trinidad & Tobago in 1998.

Kambon said Madikizela-Mandela remained a most powerful symbol of the struggle against apartheid, in life and death.

“An international heroine of the anti-apartheid struggle, revered champion of women’s equality and the rights of Africans and other oppressed peoples globally. “We express our deepest condolences to the Madikizela and Mandela family and the wider family of our Brothers and Sisters of South Africa,” Kambon said in a statement from his country. Winnie Madikizela-Mandela at the Hilton Hotel in Trinidad & Tobago in 1998.