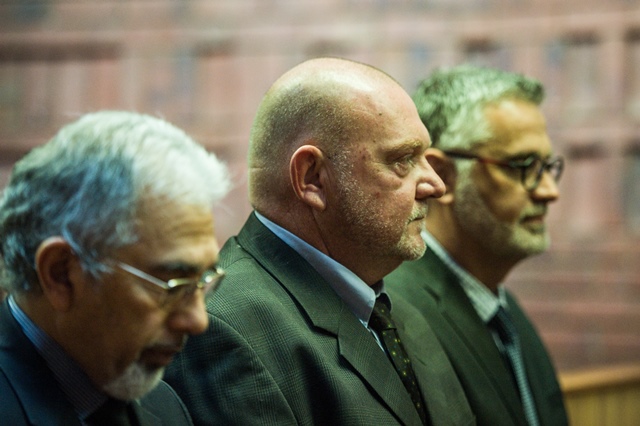 The National Prosecuting Authority (NPA) has denied the involvement of external forces and allegations of a witch-hunt following the brief appearance of three former South African Revenue Service (Sars) officials who were allegedly part of the so-called Sars “rogue unit”.

“The acting special director of priority crimes and investigation unit detected elements of criminality, hence the matter was enrolled.

“It has nothing to do with allegations of external forces outside of the NPA,” Louw said.

The three men stand accused of spying on the Scorpions in 2007, during the trial of disgraced former national police commissioner Jackie Selebi.

Pillay and Van Loggerenberg were implicated in the now discredited reports about a unit within Sars, which was unlawfully spying on people. Pillay and Van Rensburg are accused of hiring Helgard Lombard to spy on the Scorpions at their NPA offices in Silverton, between June and November 2007.

Pillay and Van Loggerenberg are also accused of paying Lombard R100 000 for his services.

The report on the unit has since been withdrawn by KPMG, the auditing firm that compiled it. KPMG admitted the report was flawed.

Defence legal representative Bernard Hotz said they believe that this matter goes back to 2013, when former Sars commissioner Tom Moyane laid these charges at the Brooklyn police station.

“We saw what happened in 2016 with the aborted prosecution against Pravin Gordhan, Pillay and Oupa Magashula.

“My clients feel aggrieved, they feel humiliated that they have been called to stand in court to defend themselves. They believe there is an ulterior agenda at play. My clients will cooperate fully. The evidence sets people free,” Hotz said.

Hotz said it is interesting the state has produced “a shopping list of witnesses”, starting with Moyane and including former Sars chief officer for business and individuals, Jonas Makwakwa.

State prosecutor Sello Maema failed to get the court to impose bail of R5 000 on each of the accused. The magistrate dismissed the state’s application, saying there was no evidence before the court indicating they may abscond.

Their case will now be moved to the High Court in Pretoria, and has been postponed to June 18.