Everything a priority at Prasa except safe rail transport – Nzimande

The minister last week announced the appointment of an interim board at the embattled state-owned rail agency. 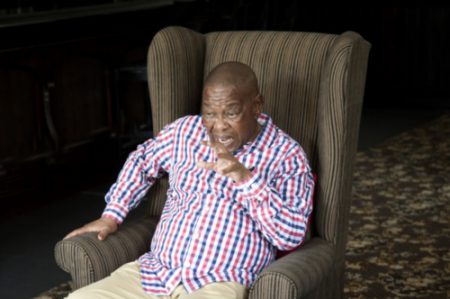 SACP secretary-general Blade Nzimande during an interview about being fired as minister of higher education on October 21, 2017 in Pietermaritzburg, South Africa. (Photo by Gallo Images / City Press / Khaya Ngwenya)

Transport Minister Blade Nzimande on Tuesday conceded to MPs that safe rail transport for the working class was low on the list of priorities for the Passenger Rail Agency of SA (Prasa), but vowed this would change.

Briefing MPs on his department’s annual performance plan, Nzimande said he was trying to move with speed to appoint new “capable” boards to entities reporting to his department so critical work like ensuring safe travel for rail commuters, who often have to cram into carriages and hang outside trains to get to work, is addressed.

“I accept that we need to move with speed to appoint capable people who are going to focus on the task at hand,” he said.

“I want to to be honest. One thing that struck me at Prasa was that all was prioritised except the provision of safe rail transport for the working class.”

Nzimande last week announced the appointment of an interim board at Prasa to oversee executives in running operations at the embattled agency.

He said several other entities, including the Airports Company of South Africa, were operating with very few board members, meaning executives had very little oversight over their work and “instead entities have oversight over us”.

“If you have that, it poses a serious risk to governance because you can’t have board subcommittees as required by law.”

ALSO READ: Road fatalities over Easter holidays up by 14% from last year