While some called the decision 'politicking' and 'stupid', others said the organisation has a point and the NPA should do its job. 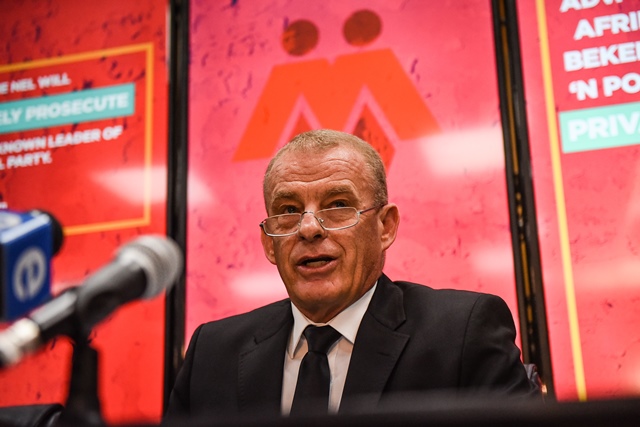 Strong support was met by complete outrage from various sectors yesterday when AfriForum announced it would launch a private prosecution of EFF leader Julius Malema for alleged corruption.

One political analyst described the decision as a sign of the minority civil rights group being “either very stupid or very selfish”, while another believes they have a very strong case.

AfriForum themselves said that, had the National Prosecuting Authority (NPA) done their job, it would not be necessary for them to target high-profile individuals for private prosecution.

AfriForum defended what some have branded an attempt at politicking when they announced Malema as the target of a private prosecution on charges of fraud and corruption.

“It is actually the NPA that decides which cases we should take on, by not doing their job because of political and other reasons,” AfriForum CEO Kallie Kriel said.

Political analyst Professor Stephen Friedman said: “AfriForum and [Advocate Gerrie] Nel are either very stupid or very selfish. When their legal unit started, we were told that they would go after corrupt people in government.

“By going after an opposition politician at a time when he is associated with demands for land expropriation, they discredit the prosecution and ensure it will be seen as a witch-hunt.

“If they don’t know that, they are stupid. lf they do know it but are going ahead anyway, because this will make them popular with white right-wingers, then they are selfish and irresponsible because they care more about their popularity in their support base than about clean government.”

Head of the civil rights union’s private prosecuting unit, Nel, said yesterday they wrote to the NPA on March 19, requesting the reinstatement of corruption and fraud charges against Malema.

The charges relate to On-Point Engineering, a company apparently linked to Malema’s trust fund, which was awarded a tender by the Limpopo department of roads and transport for infrastructure development and maintenance.

The NPA informed AfriForum it would finalise its decision by August. Should it fail to prosecute, the group would proceed with processes to privately prosecute Malema, Nel said.

The EFF yesterday hit back at the announcement.

“While we are aware that South Africa’s laws permit private prosecutions, we know with absolute certainty that AfriForum’s pursuit of … Malema is not about the rule of law but an attempt to deflect the attention of the EFF from economic emancipation struggles, in particular land expropriation without compensation.”

Yesterday, AfriForum also announced its legal challenge to the diplomatic immunity granted to former Zimbabwean first lady Grace Mugabe would be heard on May 10 and 11 in the High Court in Pretoria.

The group also hoped to prosecute former president Jacob Zuma’s son, Duduzane, after a court found him responsible for a fatal accident in 2014.

“We made it clear that we only get involved in those matters where the NPA refused to prosecute…” said Nel. “These are matters which are available to us to deal with at this stage. Therefore, you can only have one mandate, which is to deal with people who are sheltered from prosecution.”

Later in the day the NPA announced that they would prosecute Duduzane Zuma themselves and also said they would make up their minds on whether to once again bring the prosecution against Malema. Until the NPA issues a certificate saying they do not intend to prosecute, AfriForum will not be able to launch a private prosecution.

At the very least, therefore, their threats of private prosecution have heaped pressure on the NPA to act, one way or the other.

Also read: Why Malema? And why now?

and: We deserve to know if Malema is corrupt