After being accused of racism, the veteran motoring journalist has retired, but claims he's considering legal action against Thegendra Naidoo. 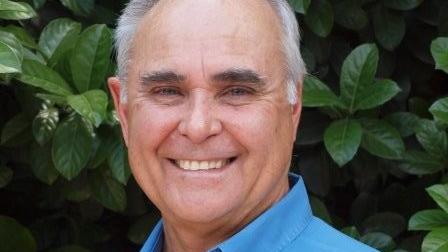 Former writer at the South African Guild of Motoring Journalists Bernard Hellberg Senior claims “a psychopath is on a campaign to get him”, and he is considering legal action against the perpetrator, former guild member Thegendra Naidoo.

A complaint by Naidoo has prompted investigations by the SA Human Rights Commission.

Naidoo was expelled from the guild in 2014 for a comment he made on social media that he would like to knock down motorcycle riders.

He then contacted the guild alleging double standards after discovering posts by Hellberg Snr that he claimed were far worse than he wrote.

Hellberg Snr, however, says this is a campaign by a “psychopath”.

He told The Citizen that people needed to know the difference between satire and hate speech and added that he had retired from the guild, and as a freelance journalist, following media reports about the “racism scandal”.

“This is a campaign by a malicious five-star psychopath with a hidden agenda,” he said, adding that Naidoo had even dragged his son Bernard Hellberg Jr “into this crap”.

Hellberg Snr maintains that Naidoo has an agenda with malicious intent.

The current chairperson of the guild, Bernard Hellberg Jnrm confirmed his father’s retirement, adding that it was a sad day when someone “retired with a cloud over their head”.

“There are obvious repercussions,” he said, explaining that the guild’s reputation had taken a knock.

He says his father will not have any further links to the guild following his impromptu retirement.

The guild convened an urgent meeting to discuss the matter and resolved to establish a disciplinary committee to deal with the allegations following media reports.

“For obvious reasons I recused myself from this process. This situation has caused me personally massive distress as I believe I have a track record of fair conduct both in my personal and professional life. I distance myself from any hurtful or hateful comments made by others, and do not condone such behaviour,” said Hellberg Snr.

An internal statement was issued, according to Bernard Jnr, which announced his father’s resignation last week.

Asked if he had made contact with Naidoo, he said he had reached out to him.

Naidoo, who is in talks with the Human Rights Commission, says they will be taking the matter to the Equality Court.

Take a look at the alleged racial slurs screenshots below, sent by Naidoo.