The highway remained closed on Monday morning, with traffic diverted to the R103 as cleanup operations continued. One of about 32 trucks that have been damaged at Mooi River Toll Plaza on the N3, 28 April 2018. Picture: FleetWatch magazine

Fifty-four people were nabbed in connection with the violent protest where 35 trucks were damaged along the N3 freeway near the Mooi River toll plaza.

Law enforcement have counted 35 trucks that were damaged. The situation remains calm and motorists have been advised to use alternative routes.

The outcry by protesters is reported to be linked to the employment of foreign nationals as truck drivers.

Online truck magazine FleetWatch reports the truck cleanup may continue until midday today, adding that the attacks were carefully and strategically orchestrated. FleetWatch also says truck drivers are planning a total shutdown on May 1 on routes between Durban and Pietermaritzburg including the N3.

The trucking magazine also attributes the protests to the employment of foreign nationals, and further says the protesters are especially causing chaos at this time as many holidaymakers will be moving in and out of the province. KZN provincial commissioner Major-General Bheki Langa has condemned the incident, saying it is unacceptable for people to vent their anger by damaging private and public property.

Langa said they would intensify their operations to ensure those responsible faced the full might of the law. 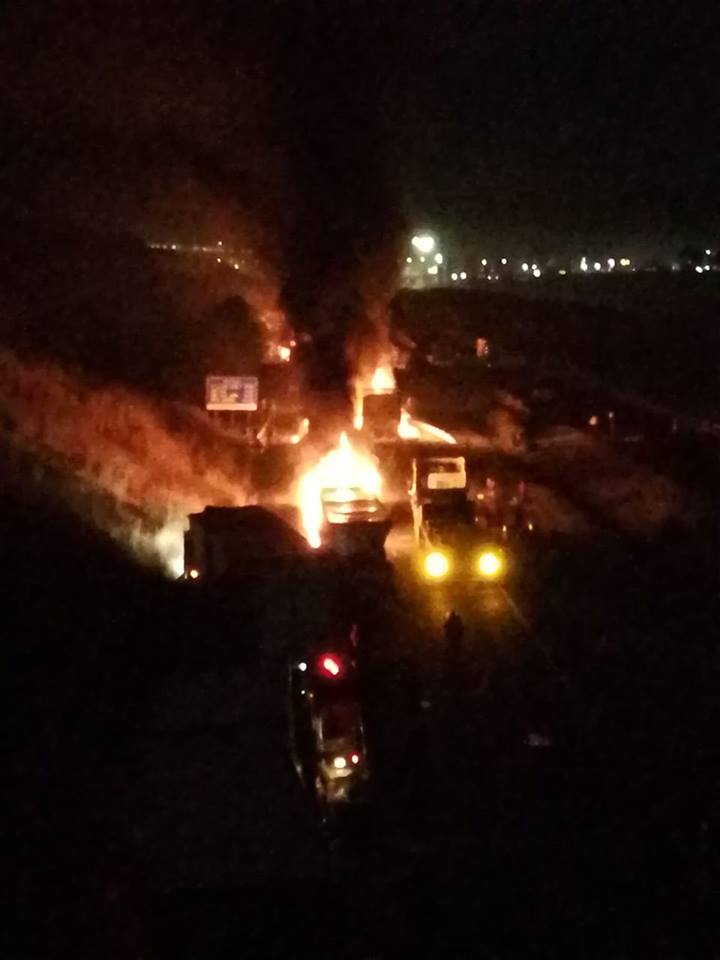