The party demands that Ramaphosa distance himself from the North West uproar. 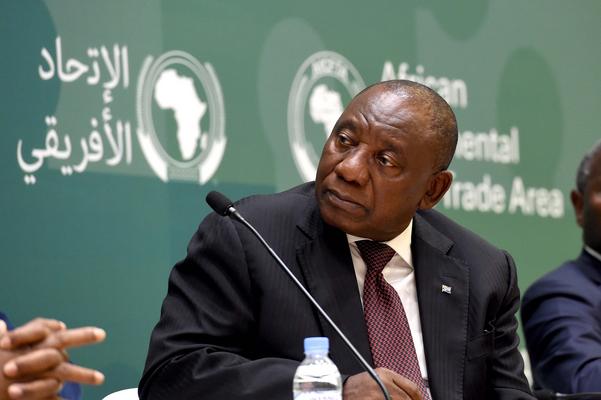 The party, in an extensive post on their website, point to the president, and say they have been reliably informed that the ongoing protests in the North West province are funding by white monopoly capital to stop radical economic transformation.

The party alleges that community members have been coerced with money, and fingered China Dodovu and Collen Maine as the organisers.

“The protests are part of the program of the Cyril Ramaphosa faction to use money to sponsor a counter revolutionary situation in the North West. The main objective is to remove the North West Premier Supra Mahumapelo, because he is seen as a supporter of President [Jacob] Zuma.”

The party says Mahumapelo has intimidated the ‘corrupt backers’ of Ramaphosa by calling for a comprehensive probe into corruption in the province.

“The plan is to try and remove Mahumapelo so that the corruption is not dealt with,” says the party.

The party also accuses North West provincial deputy chairperson China Dodovu of being the ringleader of the unrest, which is alleged to be funded by white monopoly capital. BLF says Mahumapelo has named Dodovu as one of the people who must be probed for corruption.

“The protests are a pre-emptive strike to evade the investigation into corruption,” BLF, adding that they demand that Ramaphosa distance himself from the ‘sponsored’ protests in the North West.

They say a commission of inquiry into the current protest in the North West must be instituted without delay so “the truth can come out”.

“Our people in the North West must refuse to be used by those who are responsible for the Marikana massacre – if they love you, they should be sharing the wealth of the province with you.”

The party says North West residents were genuinely experiencing service delivery challenges, which needed to be addressed appropriately. BLF says it refuses to be used by “counter-revolutionary forces” who were bought to “stop” radical economic transformation.