The singer, rapper and producer has even prompted a #IfSlaveryWasAChoice Twitter hashtag. 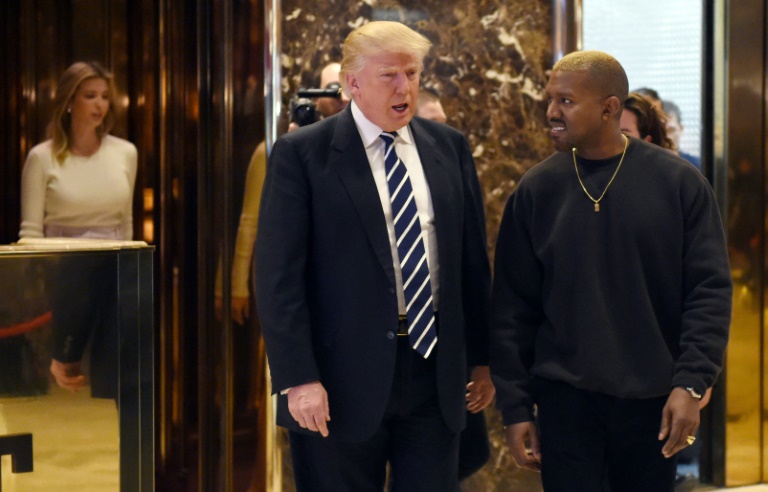 Kanye West is one of the few prominent African Americans to support Donald Trump, who built his career by promoting unfounded conspiracy theories about former president Barack Obama's birthplace; Trump and West are pictured here in in 2016

Rapper Kanye West is in the news, this time not for his illustrious music career. West is being lashed for his statements regarding the enslavement of African-Americans over centuries, going as far as to say slavery may have been a choice.

These are some of this week’s memorable quotes from the singer, rapper and music producer.

During an interview with TMZ, West said: “When you hear about slavery for 400 years … for 400 years? That sounds like a choice.

“It’s like we’re mentally in prison. I like the word ‘prison’ because slavery is too direct to the idea of blacks. Like Holocaust is Jews, slavery is blacks.

“I had plastic surgery because I was trying to look good for ya’ll.”

In a later interview, speaking to radio DJ Charlamagne tha God, he said: “When I see an outsider infiltrate, I connect with that,” referring to his appraisal of US President Donald Trump.

“I might be president one day, I might be in a situation where it’s harder to explain to the masses why something isn’t happening, that they feel the concept of a president should be able to fix.”

This has caused huge outcry from people all over the world.

West tweeted on Tuesday he was being attacked for presenting new ideas.

The singer, rapper and producer has even prompted a #IfSlaveryWasAChoice Twitter hashtag.

Setting up the work playlist for the day #IfSlaveryWasAChoice pic.twitter.com/Tp8vEfvlCz

Massa: Go make me and the Mrs. somethin eat..

When the plantation meeting could've been an email. #IfSlaveryWasAChoice pic.twitter.com/uEf3uz7Ra5