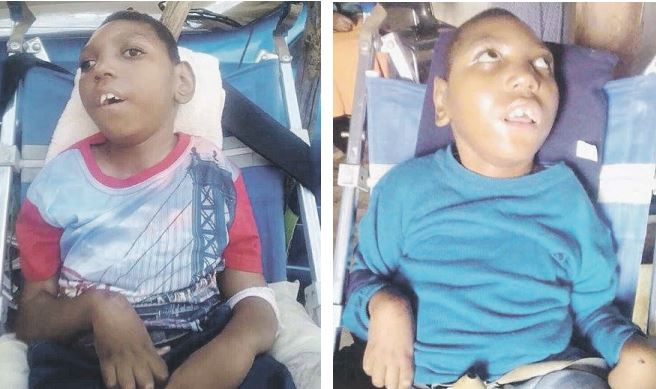 A high court judge has lashed out at staff at a Gauteng state clinic and hospital for their alleged gross negligence that caused a baby boy to sustain severe brain damage, saying disciplinary action against them should be considered to ensure that it did not happen again.

Judge Moses Mavundla also severely criticised the attorneys acting for the Gauteng health MEC for wasting taxpayers’ money by opposing the claim on technical grounds and taking more than six years before conceding liability, which he said “bordered on dereliction of duty”.

The judge took the unusual step of delivering a written judgment to raise his concerns after being informed shortly before a civil trial was to commence that the Gauteng health MEC had conceded full liability for the damages suffered by Tshianeo Kubheka, now 11, and his mother, Patience Kubheka.

Ms Kubheka instituted a damages claim of close to R17 million on behalf of her son, who sustained severe brain damage resulting in spastic quadriplegic cerebral palsy, epilepsy, intellectual disability and cortical blindness. This was due to the substandard care she received at the Daveyton Extension Clinic and the Far East Rand hospital in 2007.

In a report, a specialist gynaecologist said the antenatal care Tshianeo’s mother received at the clinic was grossly substandard, as she had developed chronic uncontrolled high blood pressure, anaemia and later pre-eclampsia, which the clinic did not recognise as problems, did not treat her for or refer her to a doctor.

To make matters worse, her hypertension, which could have resulted in a stroke and even death, was never properly managed at the Far East Rand hospital and the birth of her baby was not expedited as should have been the case.

The foetus was not properly monitored and when foetal distress was finally diagnosed, nothing was done to ensure the baby had adequate oxygen. The specialist said Tshianeo would most likely have been born in a good condition if a Caesarean section had been performed at a much earlier stage.

A neonatologist said Tshianeo’s cerebral palsy, epilepsy, visual disability and microcephaly (where the head is significantly smaller due to abnormal brain development) could probably have been prevented if proper care had been provided to the mother and baby.

The judge said if there was any gross negligence on the part of the medical and nursing staff involved in the case, disciplinary action against them should be considered.