Argument over whose idea expropriation is sees EFF MP ejected 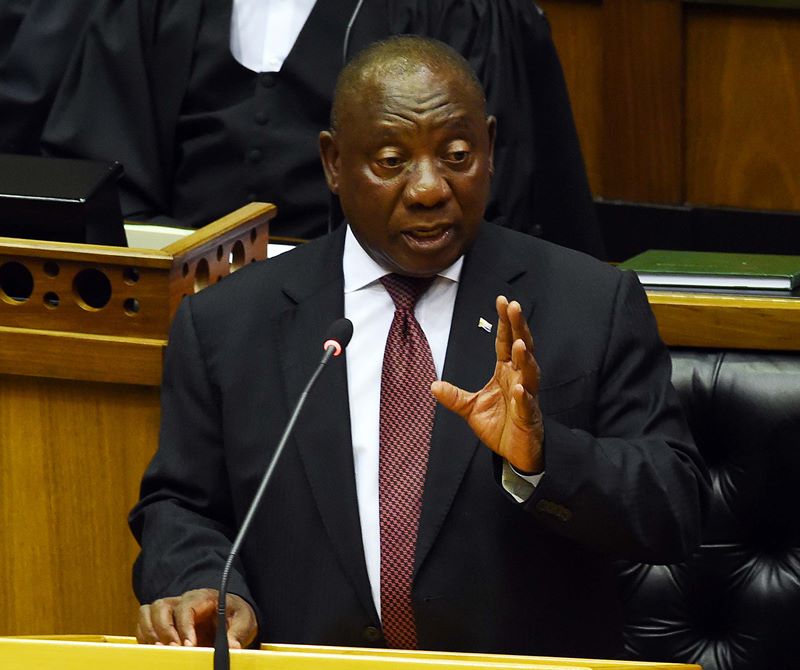 EFF MP Sam Matiase was ordered out of the National Assembly during President Cyril Ramaphosa’s question and answer session for saying that the president was deliberately misleading the house and the public during a response.

Matiase rose on a point of order, saying Ramaphosa was “deliberately” misleading parliament by claiming the EFF was taking its cue from the ANC regarding expropriation of land without compensation. He felt the truth was that it was the other way around.

The president was responding to a follow-up question by EFF deputy president Floyd Shivambu on whether government and the ANC were committed and would carry out expropriation of land without compensation.

Matiase was requested by house chairperson Cedric Frolick to withdraw the remark that the president had deliberately misled the house and the public.

However, he was not prepared to withdraw what Frolick described as a “serious allegation”, leading to the chairperson requesting the serjeant-at-arms to escort the EFF MP out of parliament.

EFF members expressed their concern at Frolick’s decision, with one MP questioning why Matiase had not been questioned on why he chose to use the wording he did and whether it was in the rule book that one cannot say the president is “deliberately misleading”.

They called for Frolick to step down as the speaker of the house before the session could continue, with the red berets accusing Frolick of emulating his predecessor, Baleka Mbete, during former president Jacob Zuma’s tenure.

The contention raised by Matiase stems from the fact that earlier this year the EFF was the party that tabled a motion on expropriation of land without compensation, which was supported by the ANC once amendments brought by the governing party had been made.

Following the fracas over Matiase’s ejection from the house, Ramaphosa said the adoption of the motion on expropriation of land without compensation had unleashed a process of debate, dialogue and discussion throughout the country.