Grace Mugabe’s immunity ‘is not justice’

Gabriella Engels said she wants to see justice done and for Mugabe to come back to SA to face justice, but is leaving it up to God. 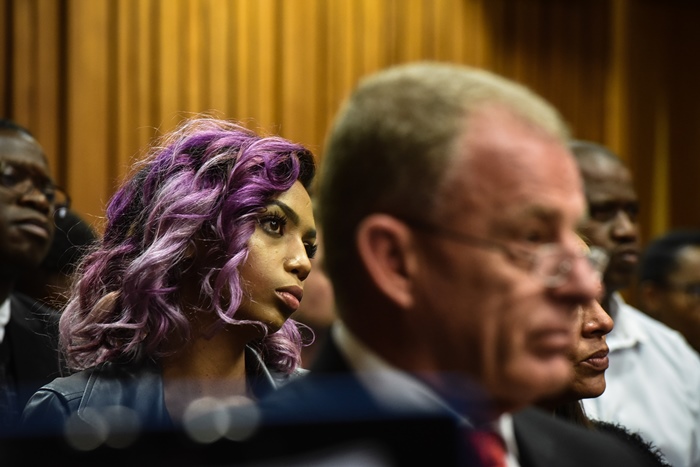 The diplomatic immunity granted to former Zimbabwean first lady Grace Mugabe, after she allegedly assaulted a South African model in a Sandton hotel might not sit well with a sense of justice, but that was simply the nature of immunity, it was put to the High Court in Pretoria yesterday.

Hilton Epstein, counsel for the international relations and cooperation minister, argued before Judge Bashier Vally that the court should not be swayed by emotion or public opinion about gender violence, but should simply apply the law.

He argued that the then minister, Maite Nkoana-Mashabane, had not granted immunity to Mugabe, but simply recognised her immunity against criminal prosecution in terms of customary international law, as she was obliged to do.

“It does not sit well with anyone because people can commit the most egregious crimes such as murder and rape and get away with it, but that is what immunity is,” Epstein said.

The Democratic Alliance and AfriForum, on behalf of the model involved, Gabriella Engels, have asked the court to declare the immunity granted to Mugabe last year unconstitutional and set it aside.

Engels told reporters she wanted to see justice done and for Mugabe to come back to SA to account for her actions, but had decided to leave it up to God.

Anton Katz, for the DA, and Etienne Labuschagne for Engels, both argued that customary international law and international treaties specifically excluded spousal immunity and that the minister had misinterpreted the law in order to shield Mugabe from criminal prosecution.

Vally wanted to know if Mugabe’s immunity had fallen away when her husband, Robert Mugabe, stepped down as Zimbabwe’s president.

Katz and Labuschagne said the immunity remained in force until it was set aside by a court.

Labuschagne argued that the minister had totally disregarded Engels’ rights and that she could not proceed with Mugabe’s criminal prosecution unless the immunity was set aside.

Karrisha Pillay, for the Women’s Legal Centre, argued that the consequences of the minister’s decision created an unjustified hierarchy of who was or was not prosecuted for violent acts in SA.

Rights groups Freedom Under Law and the Commission for Gender Equality also supported the application.