Two other bodies had been discovered on Monday and were only recovered on Tuesday afternoon by members of the police's rescue unit. 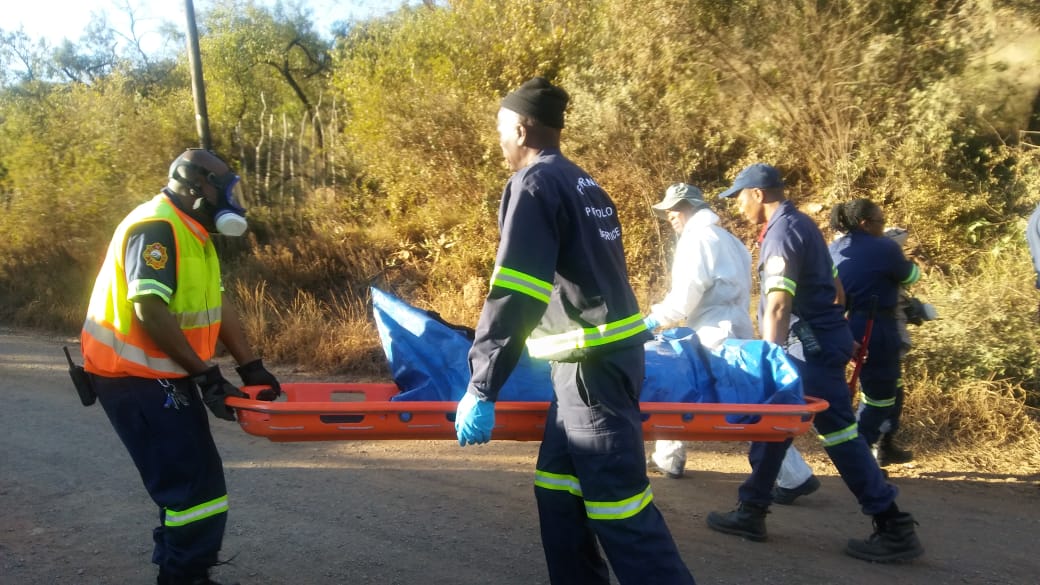 The bodies of three people were discovered inside a cave near Vlakplaas, Scherberg, west of Pretoria. Picture: Supplied

A third body, also of an African male, was found on Wednesday afternoon inside a cave near Vlakplaas, Scherberg, west of Pretoria.

Police spokesperson Captain Augustinah Selepe said the property owner had informed the police on Monday that they had spotted two bodies inside a cave on Monday. They immediately reported it to the police.

“All necessary role players were assembled, including the search and rescue team of the police , but due to darkness and unforeseen circumstances the search was called off,” Selepe said.

Police returned to the scene on Tuesday afternoon and recovered two African male bodies during a 24-hour rescue operation.

Selepe said the police returned to the cave on Wednesday morning and searched deeper into the cave, after which they discovered yet another body.

She said the area was frequently used by people who went there to pray.

Selepe said this horrific discovery followed a call by the property owners last week reporting there were trespassers on their farm. The police went to inspect and arrested one male while the other managed to flee.

She said on Monday the owners went to inspect whether everything was in order on their farm when they spotted the two bodies in the cave.

The police have opened an inquest docket to determine the cause of the deaths.

Meanwhile, the police said allegations that the deceased were ZCC members could not be confirmed until such time as they were identified.

Selepe said anyone with information that could assist with the identification of the deceased, or help to establish the circumstances leading up to their deaths, was urged to come forward and report to the police on 08600 10111 or at their nearest police station.

The police also appealed to any family member who was missing someone to go and report it to their nearest station.