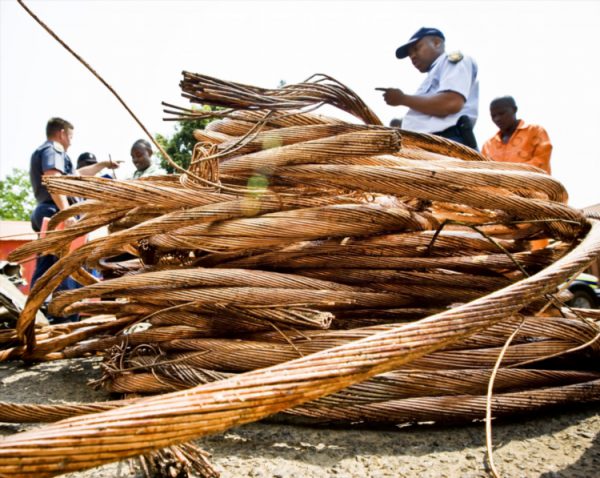 Tshwane metro police chief Johanna Nkomo said while they were encouraged by the recent major cable theft bust of cable worth about R500 000, there were still issues ensuring synergy with law enforcement and the justice system to ensure arrests and convictions.

“We need to see a situation where the perpetrators are denied bail and are locked away for a long time,” Nkomo said.

She made these remarks after the specialised Anti-Cable Theft Unit in the Tshwane Metro Police Department (TMPD) arrested a truck driver and confiscated cables belonging to the city worth about R500 000.

Members of the unit received information on Monday night about a truck carrying stolen copper destined for a known second-hand scrap metal dealer west of the city.

Tshwane spokesperson Selby Bokaba said five members of the unit, travelling in a marked police vehicle, flagged down the truck on Van Der Hoff Road, a few metres from its destination, but the minute the driver saw the police, he made a U-turn and sped off.

Bokaba said the police gave chase and forced the truck off the road, after which they made the discovery.

The cables had been stolen from the vandalised Suiderberg substation last Friday. It would cost the city about R3 million to repair. The driver has since been arrested and is in police custody.

Over five days more than five arrests had been made relating to cable theft.

Tshwane Mayor Solly Msimanga, who visited the crime scene this week, appealed to the community to help the city curb the cable theft scourge.

“These cables are part of the infrastructure meant to service our communities for the provision of water and electricity.”

Msimanga said they had begun to procure equipment to be used by the metro police for the safeguarding of city assets.

He said they would also start focusing on second-hand scrap metal dealers. In one incident they arrested a dealer because he could not explain the origin of his cables.

Bedfordview residents could be without power until Friday
5 days ago
5 days ago
PREMIUM!

Bedfordview residents could be without power until Friday
5 days ago
5 days ago
PREMIUM!