The honeymoon’s over as Cyril hits anti-graft stride

He has talked the talk, now he's walking the walk down the ANC’s road to the 2019 elections in his latest move against corruption. 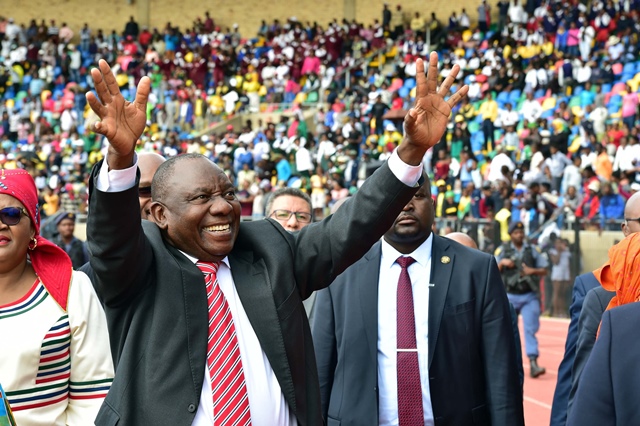 As he marked 100 days in office yesterday, President Cyril Ramaphosa sent out a tough message about corruption and mismanagement in government as he unleashed the Special Investigating Unit (SIU) in multiple places throughout the country.

The SIU proclamations came on the heels of a damning annual report on municipalities by auditor-general Kimi Makwetu, which found irregular expenditure was up by 75% – and only days after public enterprises minister Pravin Gordhan announced a slew of new appointments to the boards of state-owned enterprises which are allegedly at the centre of the state capture network.

Political analyst Somadoda Fikeni said while Ramaphosa was still technically a caretaker president, the ANC had to make lasting changes for voters to take their new anti-corruption stance seriously.

“If they were to start working on short-term issues, indicating they are waiting for next year, that will work against them. An ordinary voter is looking for an ANC government to fix the challenges without really looking into the technical definition of a caretaker president,” said Fikeni.

The presidency said the investigations were related to “serious irregularities in relation to procurement of goods and or services in a manner that was not fair, competitive, transparent, equitable or cost-effective contrary to applicable legal framework”.

Several KwaZulu-Natal government institutions are also on the list.

Fikeni said Ramaphosa’s ANC was acting on the momentum created at the elective conference in December last year that catapulted him into power supposedly due to his anti-corruption stance.

“I do think the audits became a trigger point to processes that were going to take place in any case and people are saying the state capture process is taking too long and some of these investigations may yield results before the elections.”

INFO: The proclamations authorised the SIU to investigate allegations including:

Will the ANC be haunted by its past?
3 days ago
3 days ago

Will the ANC be haunted by its past?
3 days ago
3 days ago