The project, based in Isando, is a collaboration between South African and German engineers and system and component suppliers. Paul Deppe, managing director of Fuchs Lubricants South Africa, said the project had been almost three years in the making, with Fuchs investing in a state-of-the-art grease plant that will manufacture a large variety of specialty grease grades.

“Fuchs sees the importance and demand for specialty grease growing significantly, and wants to be in a position to support this increase in demand from our customers. But importantly, the reasons for building the new grease plant are not only for capacity but to inject new levels of process excellence and quality into our grease manufacturing.”

“As one of the most automated and advanced grease plants in the Fuchs organisation, and indeed the world, we will be looking to export grease from this plant across Africa and to other parts of the world,” said Deppe. 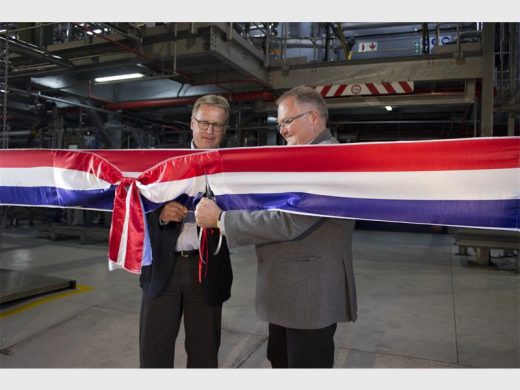 “Importantly, there have been no staff redundancies as a result of the automation of the plant, but what it has done is create the need for staff with higher skill levels. To this end, we identified existing staff comprising grease makers, a supervisor, maintenance engineer and production manager who were all sent to Germany for training.”

The project is a collaboration between South African and German engineers and system and component suppliers. The project team was made up of a technical team from Fuchs Lubricants South Africa and Fuchs Germany, who were responsible for the process design of the plant. DRA was appointed to project manage, design, procure and construct the plant. The automation of the plant was contracted to a Fuchs supplier from Germany.

“This is the start of significant investment in upgrading our plant and equipment to meet the demands of our customers for ever-increasing quality and responsiveness,” explained Deppe.

Thirty different greases are planned to be manufactured in the plant. The plant consists of autoclave and open reactor technology to manufacture grease soap, which is then finished in a number of finishing kettles.

“The plant design and automation conforms to Fuchs’ latest standards worldwide, and ensures that the quality of grease produced is of the highest standards. The plant will give Fuchs Lubricants South Africa the ability to consistently and repeatedly manufacture standard and complex thickener greases to meet the needs of customers for many years to come.”