Driver’s licences: No bribe, no pass – a personal tale 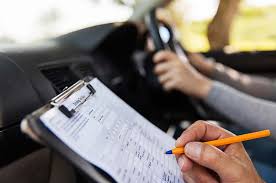 If you lurk around any testing station long enough, you may notice driving school instructors waiting to find clients.

If you are there long enough, one will approach you and ask if you want to obtain a driver’s licence.

At the Roodepoort testing station, I told an instructor that I needed to get my licence fast because I was starting a new job soon.

He said he could take me to the Randburg testing station and get my learner’s licence test booked within two days.

“How much would this cost me?” I asked.

The instructor told me if I wanted to pass on the first try, I had to bring R1 500 on the day of the test and to book the licence I had to pay R500. This would cover the normal booking fee of R108 and make sure that I got the closest date available.

I tried not to flinch and asked whether the R1 500 meant I did not have to study for the test. He explained that this fee would ensure that the moderator would assist me via a series of signals at the testing venue.

He said it would be arranged for me to take the test in Soweto. There, the instructor would assist me with the multiple choice questions by clicking his pen a certain number of times, depending on whether I was to choose answer a, b, or c.

In 2013, it was announced that a new electronic system for learner’s licence tests would replace the booklet system in a bid to fight corruption, but this simple, yet clever trick allows for the new system to be circumnavigated.

I asked how much a complete learner’s and driver’s licence deal cost. For R7 000, I could have five one-hour long driving lessons. A R3 000 “insurance” fee would be deducted to ensure I passed, even if I made mistakes. The rest would cover the booking process. I could make the eye-test easier for an extra R1 000.

Horrified at the amount, I asked if I could do it the normal way and only pay him for lessons and hiring the car for the test.

He said there was a very slim chance I would pass this way; I would likely end up spending twice as much, as I would keep failing.

He claimed that the examiners know when you have not given the instructor tjotjo and they know they are going to fail you before you start.

Taxi violence: Gauteng urged not to give same routes to different associations
2 days ago
2 days ago

Meet Joburg's new mayor: Who is Mpho Moerane?
3 weeks ago
3 weeks ago

Taxi violence: Gauteng urged not to give same routes to different associations
2 days ago
2 days ago

Meet Joburg's new mayor: Who is Mpho Moerane?
3 weeks ago
3 weeks ago