Ramaphosa’s speech had the masses breaking into struggle songs. 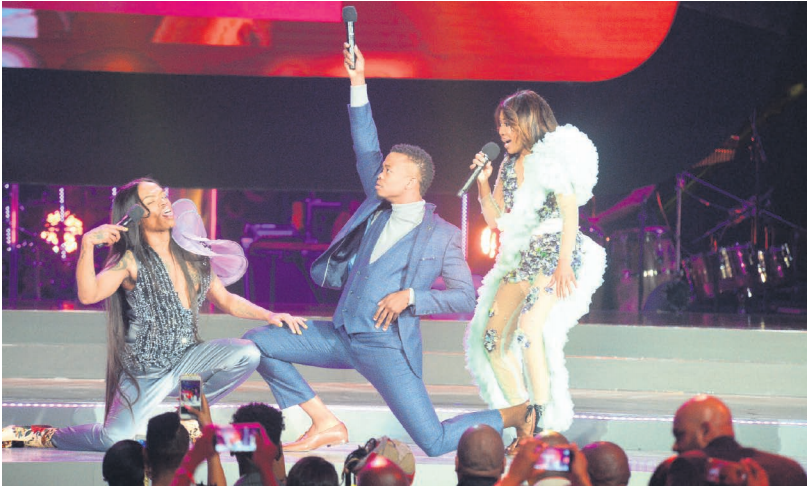 What was the most anticipated weekend in South African music ended up being among its biggest letdowns.

The official South African Music Awards (Samas) took place this weekend at the Sun City Super Bowl. It was hosted by comedian Mpho Pops, who, despite all the wardrobe changes, actually gave an effort to deliver a link, while reality show stars Dineo Ranaka and Somizi Mhlongo only brought their fashion and stage smoke to the party.

For the third and final time final as Sama host Mhlongo had a R50 000 stage harness installed. It was used only in the opening sequence, along with a fully choreographed dance that was never in the initial planning production of the show. It proved there is nothing Somizi Mhlongo wants that he doesn’t get.

Overall, the general consensus among guests in attendance was that there was too much of a monotonous tone, despite the efforts of the production team to incorporate e.tv’s former music show Club 808’s million-rand set with state-of-the-art graphics.

Celebrating its 24th year running, this year’s awards were dedicated to reliving and commemorating the importance of music in the history of the country. Guest of honour President Cyril Ramaphosa delivered a speech that had the audience breaking into struggle songs and raving.

On the red carpet, celebrities and musicians strutted their best as stars such as Riky Rick remade the runway men’s look by Cape Town designer Chu Suwannapha and Xhosa female praiser Jessica Mbangeni exploded with creativity in her peacock-feathered trail dress. It seems with most ladies the memo was a thigh-high side-slit, as was evident with Boity Thuli, Luthando “Lootlove” Shosha and Khanya Mkangisa.

With all that showbiz, glitter and smoke Pretoria based musician Dr Malinga showed zero concern and was dedicated to the show, even though his partner had to be pulled out of the auditorium on a stretcher.

He continued to enjoy the show from start to finish.