Neighbours described the man as quiet and never being a problem, and were surprised at his arrest. 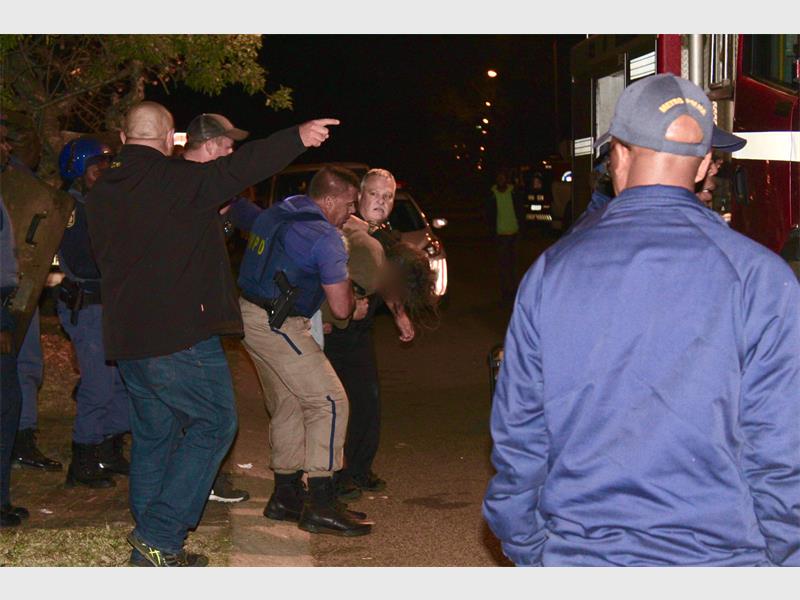 After a six-hour stand-off, a Cresslawn man was arrested for assaulting a police officer. Here, the suspect (34) is being escorted to a nearby ambulance.

A Cresslawn resident in Kempton Park, 34, was arrested for assault on Tuesday evening after a six-hour stand-off with police, Kempton Express reports.

During this time, he threatened an SPCA employee with a knife, assaulted a police officer with a pipe and threatened to kill himself.

The officer was treated for wounds to his face before ER24 paramedics took him to hospital.

According to Captain Lesibana Molokomme, spokesperson for Norkem Park SAPS, the incident started at about 1pm when Kempton Park SPCA officers attended to the scene following reports of animal abuse.

“A dead dog was found in the yard, and they proceeded into the house,” Molokomme said. He did not comment on the state of the dog.

However, a metro police officer on the scene painted a gruesome picture.

“It appeared as if the dog’s legs were broken, and its throat was slit,” he said. “It had to have been there for a while, as the blood was dry.”

The officer believed the dog was a poodle, but police could not confirm this.

The man refused to leave the premises.

As night fell, a fire engine arrived to supply light. This enabled the tactical response team that arrived on the scene at about 7pm to enter the suspect’s home. 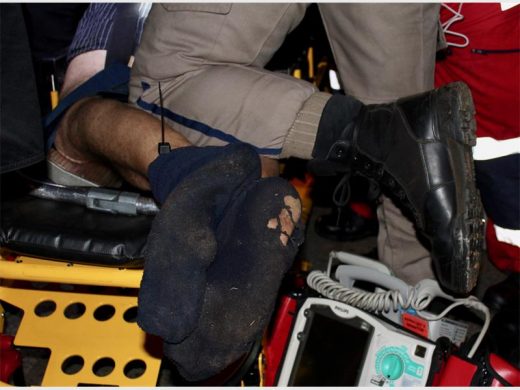 An EMPD officer uses his knee to keep the struggling suspect (34) down on the ambulance stretcher. The man was sedated and taken to hospital.

Shortly after 7pm, officers appeared with the man, who was dressed in short pyjama pants. He struggled as officers escorted him to the ER24 ambulance, where he was tied to a stretcher and sedated.

As this played out, the suspect’s sister Isabel stood close by, watching her brother being taken away.

“Thank you to everybody who was here,” she told Kempton Express, fighting back tears. “I was expecting to say goodbye to him, but didn’t. He needs help, and I did what I had to do.” 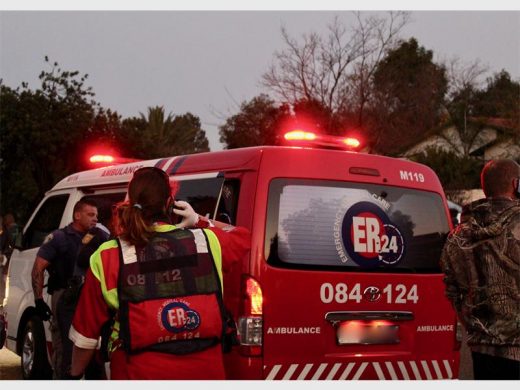 There were about 17 response vehicles on the scene, ranging from CPF members, private security, EMPD officers, police and ER24.

Kira Sparrow, manager of the SPCA, told Express she could not comment on the situation, as it is an ongoing investigation.

Curious neighbours, some dressed in pyjamas, lined the street as the event played out. One neighbour, who wished to stay anonymous, used to work with the suspect.

“We used to walk all the way to work together about three years ago, and he was OK. I was surprised to hear this because he was never violent.”

Another neighbour, who also wished to stay anonymous, said the man was never a problem.

“He was quiet, sometimes tending to his garden. I am shocked to see this.”

Nigerian man gets five life terms for human trafficking, rape and assault
4 weeks ago
4 weeks ago

Nigerian man gets five life terms for human trafficking, rape and assault
4 weeks ago
4 weeks ago