Job Mokgoro elected and sworn in as North West premier

It was reported earlier that the EFF in the province was opposed to Mokgoro's appointment. 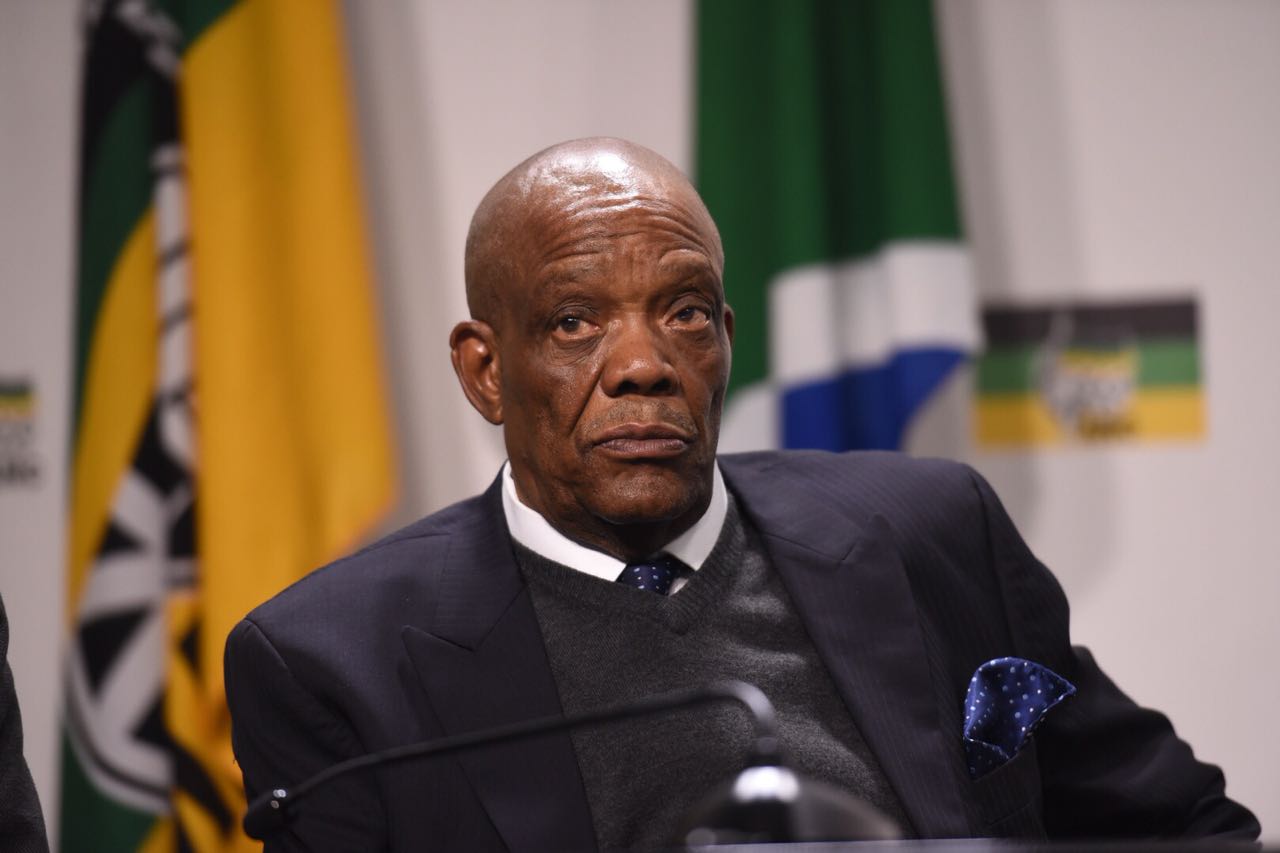 Professor Job Mokgoro looks on after being announced as the North West Premier elect during an ANC press briefing held in Johannesburg, 21 June 2018. Picture: Refilwe Modise.

Professor Job Mokgoro has been elected and sworn in as North West premier after the ANC earlier this week officially announced the 70-year-old as the new provincial premier candidate, following the resignation of Supra Mahumapelo from the post on May 23.

Mokgoro was sworn in as a member of the provincial legislature (MPL) on Thursday night.

News24 reports Mokgoro’s election had been delayed by MPLs from the opposition benches demanding to see a copy of Mahumapelo’s resignation from the provincial legislature.

The provincial speaker, however, told the MPLs that a copy of Mahumapelo’s resignation letter would be shared at a later stage, the report states.

According to the report, an EFF MPL was ejected from the legislature after criticising the judge who presided over the election and swearing in.

Phakoe was fatally gunned down in 2009 two days after presenting a report with evidence of corruption in the Rustenburg Municipality.

It was earlier reported that the EFF in the North West was opposed to Mokgoro’s appointment, saying the professor was an extension of Mahumapelo’s corrupt cabal.

The EFF’s provincial secretary had said the Gupta-owned newspaper, The New Age, was illegally awarded a tender to distributing the newspaper in the province during Mokgoro’s tenure as acting director-general in the office of the premier of North West.

“Mokgoro went against the advice of the legal unit in the office of the premier, and awarded the tender which was never advertised, let alone taken through the supply-chain management processes.

“Despite being celebrated as an experienced and strict administrator, Mokgoro facilitated corrupt transactions which were associated with the infamous Maize Meal Cup. The Maize Meal Cup symbolised the alliance of the now defunct ‘premier league’, which included the likes of Ace Magashule, David Mabuza and Supra Mahumapelo,” the EFF secretary said.