Nationwide public hearings on land kick off in Northern Cape

The parliamentary committee urges members of the public to take part in the hearings. 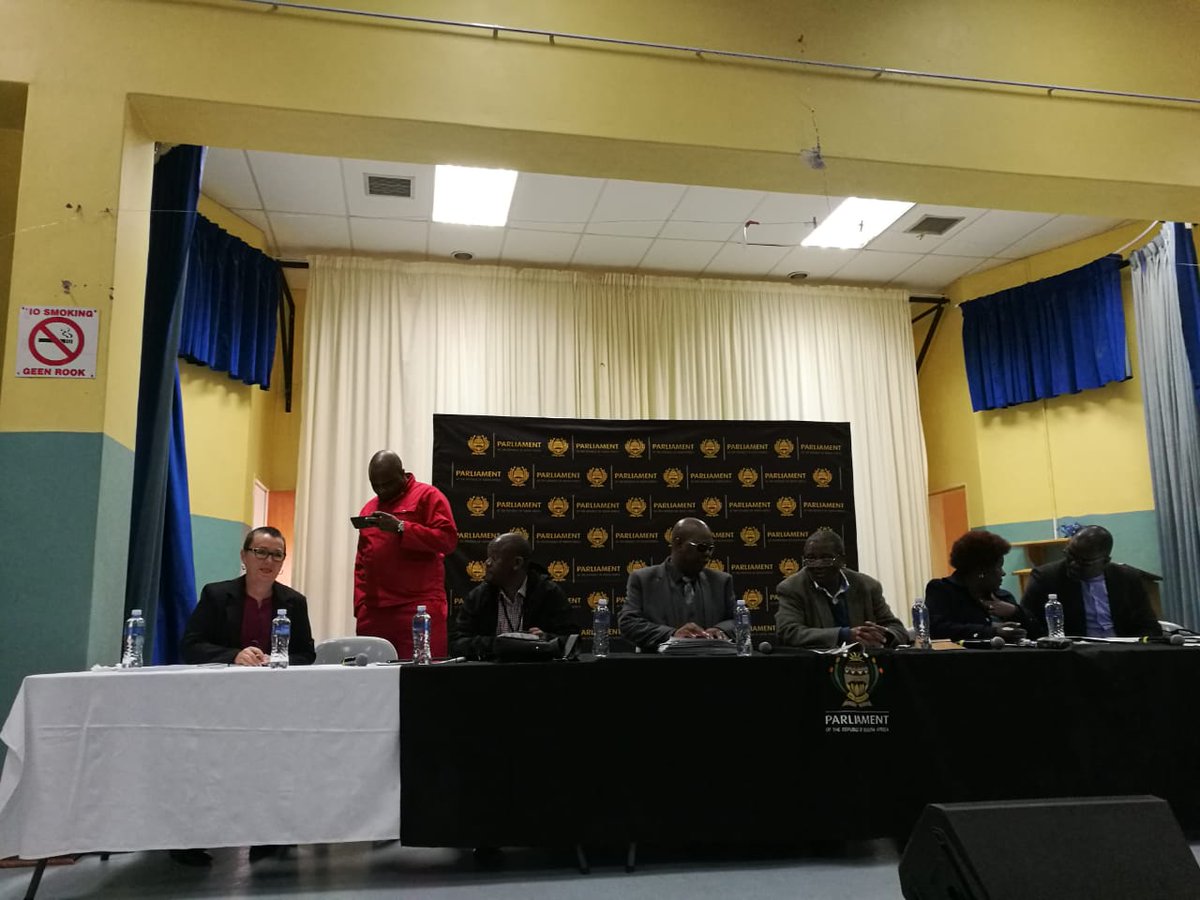 The Constitutional Review Committee kicked off its nationwide tour of public hearings on the possible review of section 25 of the Constitution to make it possible for the state to expropriate land without compensation.

Today marks the first day of public hearings by the Constitutional Review Committee on the possible review of Section 25 of the #Constitution to make it possible for the state to expropriate land in the public interest without compensation #LandExpropriation pic.twitter.com/e8eTajxkOz

The committee’s first stop is Springbok, in the Northern Cape, where earlier this morning queues of the area’s residents and surrounding areas streamed into the venue for the public hearings on the possible amendment to section 25, which deals with property rights.

Residents of Springbok and the surrounding areas queuing to get into the venue for the public hearings by the Constitutional Review Committee on the possible amendment of Section 25 of the #Constitution #LandExpropriation pic.twitter.com/A3PIA4pS5G

Members of the public are urged to take part in the hearings to share their views on the matter.

Your voice counts, attend the hearings and make your inputs!! #LandExpropriation

The delegation of Members of Parliament from the Constitutional Review Committee ready to engage participants on the possible review of Section 25 of the #Constitution in Springbok #LandExpropriation pic.twitter.com/4HA8faqiVV

As recent as June 15, the committee was taking written public submissions on the review of section 25 and other sections where necessary to make it possible for the state to expropriate land in the public interest without compensation.

The closing date for the written submissions had been extended from May 31 to June 15.

In a statement, the committee said by June 15, it had received more than 700 000 electronic and hard copy submissions from the public.

“Due to the extraordinarily huge volume of submissions, and the importance of ensuring that each and every submission from the public is given deserved consideration by Parliament, the committee is in the process of augmenting its internal capacity by procuring a service provider to assist with analysing the submissions. One of the requirements for the service provider will be that a receipt of submissions is acknowledged mainly through emails, SMSes and any other ways possible. Proof of this will be kept for further reference. The committee resolved that only clearly identifiable submissions that can be traced back to a name, cellphone number or email address, will be considered,” the committee said in a statement.

The committee added if the author of the submission could not be identified, then that submission would not be accepted as legitimate.

“A final draft of the report is expected to be submitted by 3 August, by which date the committee would have concluded its public hearings in the provinces and heading back to Parliament to continue its work,” the statement reads.

“Once the committee returns to Parliament in Cape Town, public hearings are expected to be held over 10 days, until 17 August 2018, with individuals or organisations who have made written submissions and have, in addition, requested to do oral submissions. During September, the committee will deliberate on its draft report before tabling its recommendations to the National Assembly and the National Council of Provinces,” the committee said.

The public hearings will be carried live on Parliament TV, either through delayed or live broadcasts.

Click here for the full programme of the public hearings.

It was on this day 26th of June 1955 when South African people made it clear that, “The People Shall Share in the Country's Wealth”, “The Land Shall be Shared Among Those Who Work It”, and “All shall have the right to occupy land wherever they choose.” Freedom charter #OccupyLand

Today, the 26th of June 2018 we begin the Journey of Public Hearings on Amendment of Section 25 of the Constitution in order to allow for expropriation of Land without compensation. Starting in Springbok and it will be a revolutionary journey. Let’s reclaim our land South Africa! pic.twitter.com/o58kDom8mj

The EFF led adopted motion to amend Section 25 of the Constitution to legislate expropriation of land without compensation is now in process. Springbok is the venue today. DP @FloydShivambu leading the charge pic.twitter.com/ARagc72cbA

The AfriForum has sent one of their leaders Roets to make his input at the #LandExpropriation hearings. He says he’s here to represent the Khoisan and Coloured people. These people are sick pic.twitter.com/seaX1h0oBp

6April1652:
The first piece of land was stolen by Jan van Riebeeck to build a vegetable garden to cure scurvy

26June1955:
The Freedom Charter was adopted,Kliptown

26June2018:
The first day of the journey towards the return of our land!THANKS EFF✊????#EFFTurns5#AmendSection25