The leader of the red berets has shared what led to the heated altercation between himself and Cope leader Mosiuoa Lekota at a hearing on land in Limpopo. 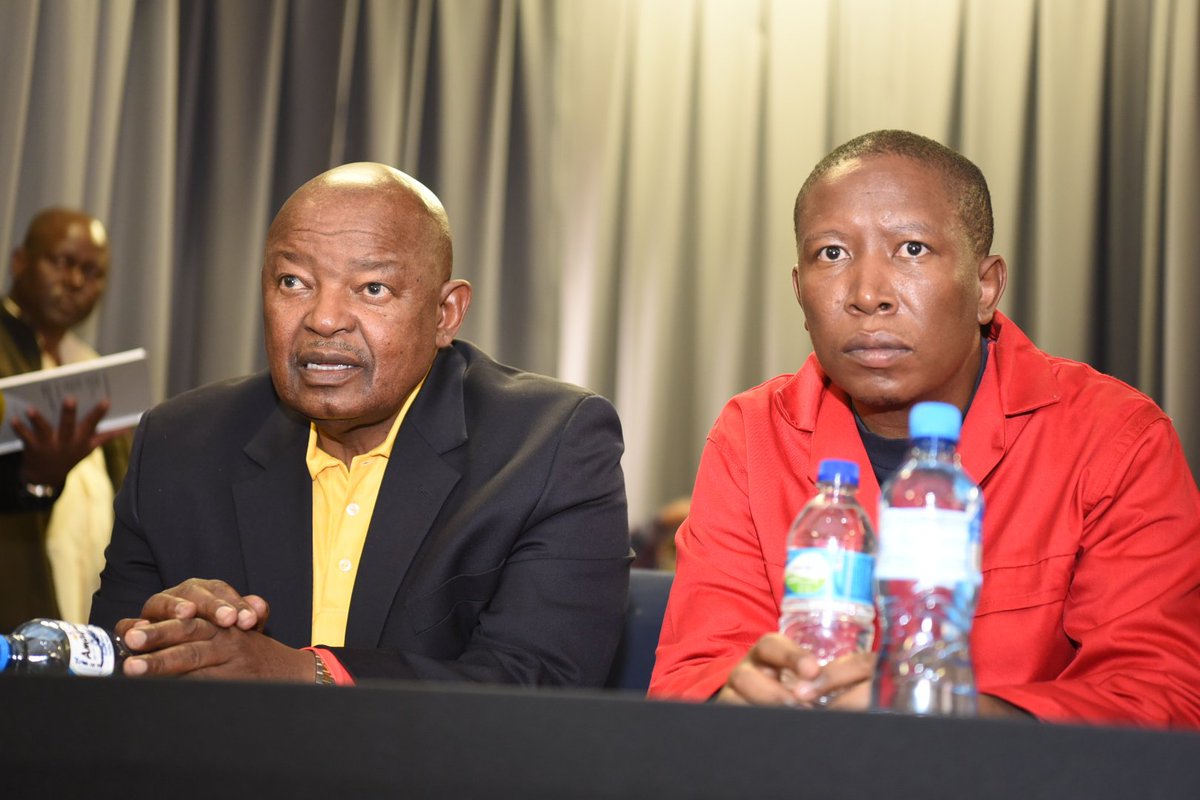 Lekota with Malema prior to them being separated at a public land hearing. Picture: EFF/Twitter

Talking to journalists about what had led to the argument between himself and Cope leader Terror Lekota, Malema said that it stems from Lekota’s claiming the process at the land hearing in Limpopo on Wednesday was staged.

Malema said Lekota was losing the debate on the land issue and so became emotional. “The people on the ground are saying something different, it is not our problem if Lekota’s views do not find an expression, he must not create his own imagination (sic),” Malema said.

A video of the dispute reveals that Malema was perhaps more confrontational than his account suggests, telling Lekota “I’ll fight you.”

Malema said he dismissed Lekota’s charges yesterday that the public hearing had been staged, saying it had not been a farce as members of all South Africa’s race groups, genders and ages were given a fair opportunity to share their views.

READ MORE: Malema and Lekota get into a fight at Limpopo land hearing

“Our chairperson, who is the most democratic chairperson, said to all of us, if you want to chair and if you see someone you feel very strongly that they must be recognised, bring that person to my attention, I’ll recognise that person,” Malema said.

Malema says that this is when the argument between them ensued, which ended with Lekota walking away.

Malema also said that Lekota is unable to accept that land expropriation without compensation is the will of the people, adding that the Cope leader does not have the numbers to do anything about it.

“(Lekota is) crying, he is going to cry tears, the people want the section to be amended, there’s nothing he can do about it, Cope does not have people, Terror is the membership of Cope, he is the leadership of Cope,” the EFF leader said.

CIC @Julius_S_Malema clarifying the disagreement between him and Terror Lekota earlier pic.twitter.com/z657FGYDJn